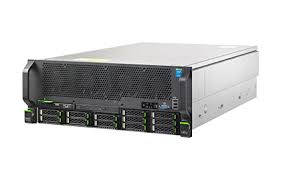 The rackable PRIMERGY RX4770 M3 is optimized to run any organization’s most demanding, business-critical tasks. It is ideally suited to complex, data-intensive workloads such as in-memory databases including SAP HANA and system-intensive tasks such as real-time business analytics.

At the same time Fujitsu takes into account that organizations increasingly depend on their server infrastructure as backbone for their business, as they can’t afford any unplanned downtime which costs time and money. In the next generation PRIMERGY model, robustness is maximized via enhanced business-critical reliability, availability and security features2 and further progress in both system consolidation and manageability has been realized.

Uwe Neumeier, Vice President and Head of Data Center, EMEIA Product Business at Fujitsu, says: “Data center consolidation is a vital and critical part of any digital transformation project. That means using foundational technology like our new PRIMERGY RX server, which is now more reliable than ever. Customers choosing PRIMERGY can expect guaranteed run time  and the capability to master business-critical applications such as SAP in-memory databases and ERP systems. Our new PRIMERGY flagship has set a new world record in the SPECint_rate_base_2006 benchmark for general computing, which underlines its superior performance3.”

By upgrading to PRIMERGY as their data center consolidation platform, organizations can also save money and reduce CO2 emissions through lowered power consumption – thanks to Fujitsu’s Cool-safe  Advanced Thermal Design. This allows for server operation in an extended ambient temperature range, between +5°C and +40°C, and can deliver energy savings of more than 25 percent.

FUJITSU Server PRIMERGY systems are available directly from Fujitsu and via distribution partners. Prices vary by region, model and configuration.