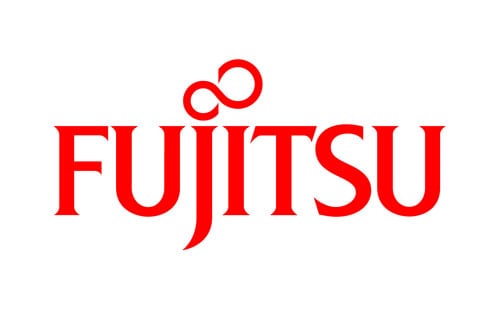 Brocade announced that Fujitsu Consulting India has successfully deployed an end-to-end, software-defined networking (SDN) infrastructure to support operations at its new 2,000-seat Global Delivery Center (GDC) in Pune and Bangalore. This agile and programmable network has enabled the IT consulting and integration services provider to run a highly dynamic, 24×7 GDC environment designed to meet the most stringent requirements from Fujitsu Consulting’s international client base.

Fujitsu Consulting India selected the Brocade® networking solution based on its superior scalability, robustness, small environmental footprint, manageability, low total cost of ownership, and support for open standards. In particular, the company felt that open standards were critical to fully realizing the benefits of SDN, opening the door for Brocade’s successful proposal, which was supported by a strong proof-of-concept.

“Being successful in outsourced development requires more than just great design and programming talent. It also needs a high-performance IT infrastructure capable of keeping development teams productive 24×7, with the flexibility to emulate clients’ environments, which are of an increasingly hybrid-cloud nature,” said Mr. Mohammed Shahed Khan, Group Head IT & CISO, Fujitsu Consulting. “In putting together the specifications for our new Bangalore GDC and upgrade of the Pune GDC, it was clear that we would need to go beyond traditional networking to deliver the capabilities we see as essential to a successful future. Brocade came to the table with a very compelling solution with strong support for open standards-based SDN, and our operational experience post-deployment has been excellent.”

Brocade ICX® 7750 switches form the campus network core at the new Fujitsu GDC, offering 96 wire-speed 10 Gigabit Ethernet (GbE) ports per switch and the capability to integrate up to a dozen switches into a high-performance stack. The stack can be managed as a single device delivering up to 5.76 Tbps of aggregated stacking bandwidth. This high level of performance, scalability, and port density has allowed Fujitsu to dedicate eight 10 GbE links to each of the Brocade ICX 7250 stackable switches, which provide wire-speed 1 GbE network access, with power-over-Ethernet to support IP phones, Wi-Fi access points, and other devices. By adding switches to the Brocade ICX 7750 stack, Fujitsu will be able to easily accommodate a 1,000-seat expansion to the GDC during the coming year.

In addition to the campus network infrastructure, Fujitsu has also deployed Brocade VDX® 6740 switches in the GDC data center. The switches form a high-performance, low-latency 10 GbE fabric that is both self-forming and self-healing, and offers ideal performance characteristics for virtualized data center operations. All the Brocade switches at the Fujitsu GDC fully support the OpenFlow SDN protocol, enabling the IT staff to programmatically reconfigure both physical and virtual networks on-the-fly to meet the diverse IT requirements of simultaneous client development projects.

“Working in partnership with Fujitsu Consulting India to help them realize the full benefits of SDN has been a remarkable experience for Brocade in India’s offshore service provider market,” said Edgar Dias, senior regional director for Brocade India. “It also reflects the fact that, in today’s digital business era, legacy network architecture and technology are no longer anywhere near capable of meeting the needs of developers and business operations. Fujitsu Consulting’s new GDC represents the future, with a strong buy-in to what the New IP can deliver.”