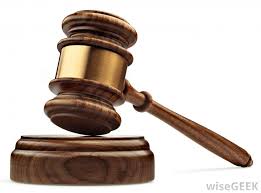 This day marks freedom for Internet in India. The Supreme Court today passed a judgement on Section 66A of the Information Technology Act terming it as ‘unconstitutional’. This landmark ruling upholds the fundamental right to freedom of speech and expression given under the Constitution of India.

In the past there have been many cases where citizens used the Internet as a means of free speech but were convicted or harassed under the senseless Section 66A of the IT Act. These included airing of free opinions such as criticism over the near shutdown of Mumbai city due Bal Thackeray’s death or political cartoons and many other cases, where the citizens were arrested for contravening the law. The new SC ruling upholds the freedom of speech in such cases.

Further, Supreme Court’s reading down of the provision under section 79(3)(b), will now make it necessary to take legal permission from a court to takedown any content with the exception that the government can still issue orders to block access to websites under 69A rules. This will reduce liability on intermediaries and will go a long-way in setting up a free, fair and independent ecosystem.

Section 66A reads: “Any person who sends by any means of a computer resource any information that is grossly offensive or has a menacing character; or any information which he knows to be false, but for the purpose of causing annoyance, inconvenience, danger, obstruction, insult shall be punishable with imprisonment for a term which may extend to three years and with fine.”

Expressing his views on the development, Mr. R. Chandrashekhar, President, NASSCOM, said, “Internet as a medium is meant to be free and transcend territorial borders with minimal regulation and monitoring. The IT Act has well served the objective to provide the legal framework for data security and internet laws in the country. The changes enabled by the Supreme Court judgement would provide much needed boost to the citizens of the country and help the objective of a digitally connected India.”

Posted by: Ed Nair
View more posts
Tags:freedom of speech, internet, Section 66A
Freedom of Speech on Internet: SC Strikes Down Section 66A of the IT Act 0 out of 5 based on 0 ratings. 0 user reviews.
TI launches the industry’s first online classroom for analog design
Now, give a missed call to receive tweets from Indian government departments on your mobile phones