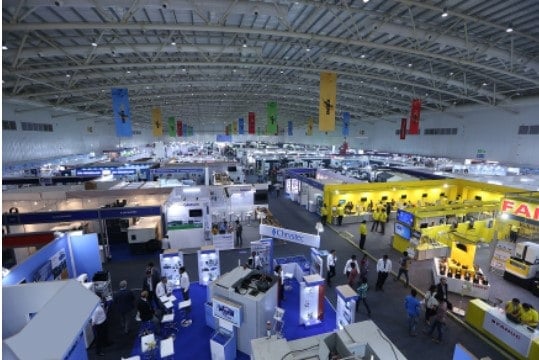 Machine tools have a critical role in manufacturing industry. They are called the ‘mother machines,’ as they can make the other machines possible. The Indian Machine Tools Manufacturers’ Association (IMTMA) is the sole voice of the industry in India.

DQ: Can you elaborate on India’s journey towards becoming a global manufacturing hub?

Ravi Raghavan: Manufacturing activities have picked up extremely well and India is moving on the growth path. The country’s manufacturing PMI increased to 54.9 in February as against 54.0 in January, signaling a month-on-month improvement. Industries are taking advantage of the various measures announced by the Government of India including the PLI schemes, friendly corporate taxes, which are the lowest in Asia, increased FDIs, land reforms, state governments inviting industries to set up manufacturing plants and so on.

India has a vast consumer base with disposable income in the hands of the middle-class section, rapid digitalization, localization efforts, global markets considering India as a sourcing hub, etc. The country also has a demographic edge when it comes to having a large pool of young workforce with requisite skill sets needed for working in manufacturing industries.

DQ: How do you think the increasing focus of the Government on Aatmanirbhar Bharat/domestic manufacturing is helping the Indian economy?

Ravi Raghavan: AatmaNirbhar Bharat aims to promote a self-reliant India and make the country independent in terms of manufacturing goods and services. It is also expected to enable India to recognize and capitalize on its inherent strengths. For government procurement tenders up to Rs. 200 crores will no longer be global tenders, which will encourage localization.

The Union Government has also banned imports of several weapons and military systems, and plans to develop these indigenously to boost self-reliance in the defense sector. As manufacturing industries strengthen their infrastructure, deploy modern technologies, build a robust supply chain, institutions can create a pool of human resources with skill sets, and manufacturing will hit top gear, which will certainly uplift the Indian economy.

DQ: What is the contribution of the MSME sector to help India’s goal of achieving the $5trillion economy?

Ravi Raghavan: India’s manufacturing landscape has a significant presence of MSMEs, which are the backbone of manufacturing. The MSMEs play an important role in keeping the economy ticking and creating jobs in various industrial sectors. Large and small business players depend on these MSMEs for their business needs. MSME units’ contribution is crucial as India aspires to become a $5 trillion economy. Even the merchandize exports from MSMEs is growing at a significant pace, which testifies that Indian MSMEs are globally competitive as their products are well received by overseas markets.

DQ: What do you think was the impact of the budget announcements on the MSME sector?

Ravi Raghavan: The union budget released earlier this year is a significant one for MSMEs. The capital expenditure on infrastructure projects is highly encouraging as it will help maintain the growth momentum. PLI schemes and the thrust for localization is resulting in setting up manufacturing plants in India which augurs well for MSMEs growth and generation of employment.

Government of India has extended the Emergency Credit Line Guarantee Scheme (ECLGS) until March 2023 with the total allotment under the scheme increasing by Rs. 5 lakh crores. In the previous budget the government had unveiled an ECLGS of Rs. 20 lakh crores to enable the upliftment of Covid-19-hit MSMEs.

DQ: Can you elaborate on the role of MSMEs in the machine tool industry?

MSMEs create more employment opportunities for all skill levels, both the genders and keeps the labor cost low. MSMEs are spread across India, and are part of the manufacturing value chain, a crucial supply chain entity, inseparable and crucial. It has the potential to penetrate Tier2 and Tier3 cities and rural regions as well. MSMEs contribute around 40% of India’s total exports. MSMEs contribute overall nearly 30% of India’s GDP, which is substantial.

DQ: What are IMTMA’s efforts in helping MSMEs leverage digital technologies to transform their productivity?

Ravi Raghavan: IMTMA has constituted clusters for micro and small enterprises to enable them to grow into competitive enterprises. IMTMA cluster “COBIZ – collaborative business” comprising of members from Pune region was formed in February 2021. IMTMA cluster in northern region “SAHAYOG – Collaborative Business” was formed in July 2021, which comprises of members from national capital region of Delhi and the Punjab.

The formation of the clusters will help the machine tool industry to implement need-based, and also customized automation and digital solutions across the manufacturing value chain.

IMTMA regularly develops and delivers customized training programs for the companies based on the individual requirement either at the Technology Centers in Bengaluru, Pune, and Gurugram or at the company premises.

The programs are conducted by faculty with requisite industry experience, and with knowhow of the latest developments in the industry. Many of these training program are focused towards MSMEs.

Production Technology Centre of IMTMA has deployed Industry 4.0 solution in their setup for demonstrating. At the IMTMA Technology Centre, a model smart factory has been setup, where CNC turning center, CNC machining center, digital height gauge, and CMM machines are digitally connected and monitored in real-time. The real-time data is acquired through the data acquisition devices and CNC controls.

IMTMA offers training programs on Industry 4.0 awareness, practical approach towards implementing Industry 4.0 in manufacturing, etc. We also conduct a seven weeks course on automation with focus on robotics. IMTMA also organized a Live Demo on Industry 4.0 concept during IMTEX 2019, from 24 to 29 January at its Technology Centre at BIEC.

Cognex Corp. is an American manufacturer of machine vision systems, software and sensors used in…