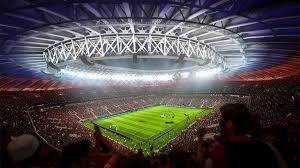 As the world readies itself for the much awaited Football tournament, Airtel TV, the popular LIVE TV & Video streaming app from Airtel, today announced the introduction of some exciting updates to the app to make football viewing experience more enjoyable for users.

Sporting enthusiasts across India, will now be able to enjoy an integrated experience with Airtel TV with live broadcasts of the upcoming football tournament available to users in various local languages in addition to Hindi and English – keeping in mind the diverse Indian landscape with football fans spread all over.

What’s more? Airtel TV users will also have access to match schedules and other thrilling updates related to the game. To augment the excitement further, users will also be able to enjoy exclusive behind the scenes match snippets along with match previews/ reviews with Airtel TV.

To enjoy these updates, Airtel TV users simply have to upgrade to the latest version of the app. This would be available on both Android and iOS platforms over the coming days.

Sameer Batra, CEO – Content and Apps, Bharti Airtel said, “At Airtel TV, we are driven by the constant desire to offer the best content experience to our customers with high relevance value. While  T20 cricket tournament received great feedback from our users, we are confident of recreating the same magic with the upcoming football extravaganza as well. We are delighted that the Airtel TV app is fast becoming the go to destination for sports lovers in India.”

Airtel TV app was the most downloaded* video OTT app in India during January and February 2018. All content on Airtel TV app is FREE for Airtel Postpaid and Prepaid customers till December 2018.