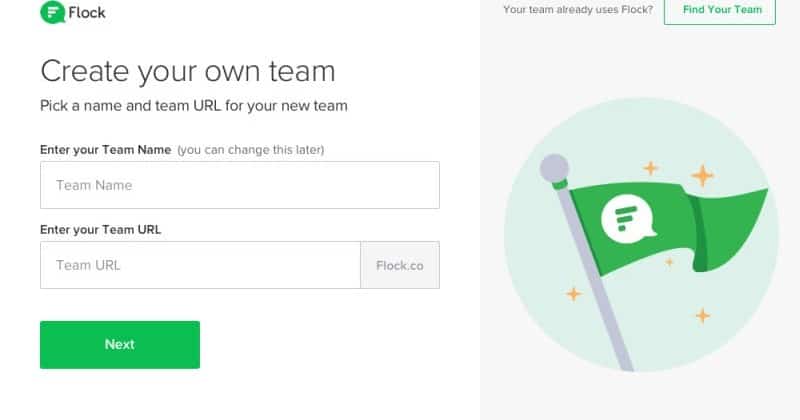 Flock has announced the release of its platform, FlockOS – the chat operating system. Developers can now build customized apps, bots and integrations on Flock, and either use them within their organization, or publish it on Flock’s App Store, making them available for all Flock users.

FlockOS is unique, as it provides a first-of-its-kind widgets feature that allows users to have a seamless experience with any Flock app – an experience matching that of any fully interactive website. With the kind of powerful apps that can be built, a user could get all their work done from within Flock, enabling massive productivity benefits.

● Provide a tightly integrated experience by using widgets. These include the attachment widget, sidebar widget, and modal widget – all capable of displaying rich HTML.

● Send messages and rich attachments to Flock users and groups. For example, the Poll app in Flock creates an opinion poll in a rich attachment format and immediately broadcasts it to all in a group. It also shows real time updates on the poll numbers.

● Setup slash commands providing an additional option for users to interact with the app.

● Configure a Bot to send directed messages to users, carry on conversations and completing tasks from within Flock.

● Customize URL previews for specific URLs, so the app can display information relevant for the user.

● Deliver a consistent experience across platforms including web, desktop, and mobile without having to rework a single line of code.

“Messaging and collaboration platforms have become the systems by which teams become more productive. Currently, most of our activities are collaborative in nature, and increasingly there will be the need of simple apps that are built on top of the messaging framework. Chat will soon become the next operating system, probably within the next three to five years.” said Bhavin Turakhia, CEO and founder of Flock. “FlockOS empowers teams to create custom experiences within Flock that is designed for their unique team needs.”

Apps and integrations are considered “first-class citizens” in the FlockOS ecosystem. Flock aims to provide users with a seamless experience with all integrations. The Flock UI, built from the ground-up with simplicity, usability, and apps in mind, ensures maximum app discoverability to boost utilization. Users can expect massive productivity gains with the expansion of Flock’s app network.

“Other similar solutions limit the user’s interactions with apps to simple notifications and slash commands which results in a substandard experience for the user and low app discoverability and usage from a developer’s perspective. But with FlockOS, we have thrown open our platform to the global developer community. Our UI is a canvas for developers, allowing them to create truly intuitive apps and integrations which seamlessly blend with the core product” further added Bhavin.

Examples of apps which have been built on the FlockOS:

The To-do app allows a user to simultaneously have a conversation with the team, and also assign them To-dos – all within Flock. It is easy to track the status of these To-dos as all updates are sent as message notifications on the respective Flock group.

The Notes app allows the user to quickly make shareable rich notes. All users in a Flock group can view or edit it; thus making it a resourceful collaboration tool.

The soon to be released Meeting scheduler app will help users schedule meetings, invite other participants, get participant feedback on meeting slots, and even view their entire calendar at a glance – all from within Flock.

Flock is a proprietary messaging and collaboration tool, founded by tech entrepreneur, Bhavin Turakhia, in…

Flock, the communication and collaboration platform for modern teams,  announced the launch of three new powerful…

Flock announces the deepest integration with Google Drive in its space