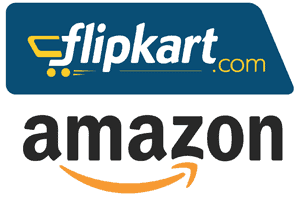 One of the most awaited online sales of the year, the Flipkart Big Billion Days and Amazon Great Indian Festival are set go live in less than 48 hours now. Revenues for ecommerce sites around festivals clocks around millions of rupees, and in a bid to capture that both online shopping portals have already started teasing their offers.

One has to agree that teasers are important to aid customers take better decisions. Also, according to a recent survey by free Internet provider Jana, 60 percent respondents said their online shopping decisions depend on which website offers better deals while 32 percent said it will be based on which portal offers lower prices.

Indians also responded to the survey saying that they would most likely pick Flipkart with over half the respondents opting for the ecommerce portal, while 40.6 percent chose Amazon. Smaller players like Myntra, Snapdeal, and Shopclues together captured less than 10 percent says a report on Quartz quoting the survey.

However, irrespective of what surveys say, the result of who captures the larger slice of the festive Indian market worth 2 to 3 billion dollars can only be concluded by the end of the sales as it has been observed that shoppers are most loyal to the sit offering better discounts. Let us now take a look at some of the deals being offered by both Flipkart and Amazon.

Mastercard and Flipkart have also announced a partnership for the Big Billion Days sale through which Mastercard cardholders stand a chance to win an iPhone X for the winner of daily quiz on Flipkart and one lucky winner from all the quiz entries can win trip to Australia to watch India vs Australia One Day International cricket match.

Amazon too is offering attractive discounts and offers on its sale that will go live from 10 to 15 October. Some of the attractive mobile phone offers being teased on Amazon are Vivo V9 at Rs 17,999, Moto G5 S at Rs 9,999, Honor Play at Rs 18,999, Huawei P20 Pro at Rs 54,999, and so on. The Samsung Galaxy S9 would be up for grabs at Rs 42,990, which is nearly Rs 20,000 less than its current MRP. Amazon is also offering free screen replacement and total damage protection.

Posted by: Supriya Rai
View more posts
Tags:Amazon, eCommerce, Flipkart
Flipkart Big Billion Days vs Amazon Great Indian Festival: Who has the Edge over the Other? 5 out of 5 based on 1 ratings. 1 user reviews.
Mastercard Partners with Flipkart to Deliver ‘Priceless Surprises’ During the ‘Big Billion Days’ Sale
Cyber Attacks: 3 Essential Tips to Protect Yourself

2 responses to “Flipkart Big Billion Days vs Amazon Great Indian Festival: Who has the Edge over the Other?”