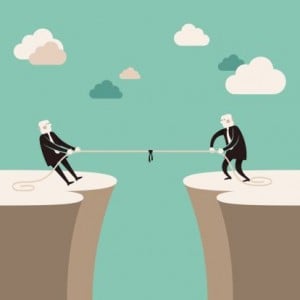 It looks like Amazon and Flipkart, the biggest e-retail sites in India, are in a sort of ‘virtual duel’.  With both companies constantly trying to capture the market, Indian e-commerce space surely looks exhilarating. Almost every day there is news related to acquisitions, flash sales and memberships regarding the two e-commerce giants. Just yesterday, Walmart announced that it had completed a $16 billion investment in Flipkart. Now, Flipkart has announced that it has acquired a start-up.

Liv.ai, an artificial intelligence startup, has built a platform that translates speech to text in 10 Indian languages including Hindi, Bengali, Punjabi, Marathi, Gujarati, Kannada, Tamil, Telugu and Malayalam. Liv.ai is expected to be integrated into Flipkart Center of Excellence for Voice Solutions to build its potential in conversational shopping, says a report on liveMint. This move is also being seen as a bid to take on Amazon’s virtual assistant Alexa. The voice assistant, which was introduced over 3 years ago, is capable of voice interaction, music playback, making lists, setting alarms, streaming podcasts, playing audiobooks, and provide real-time information.

This is not the first time that Flipkart has tried to compete with Amazon. Few days ago, the Indian e-retail company announced Flipkart Plus to take on Amazon Prime. While Amazon Prime comes at an annual membership fee of Rs 999, the other is being offered for free. Anyone who has 50 coins in their account can secure the Flipkart Plus membership. Members will also get early access to sales, free delivery for over 3 crore products, and a priority helpline. However, Amazon Prime members can get to access Amazon’s multimedia portal of videos, movies, web series and music, which Flipkart does not have yet.

Amazon, on the other hand too is doing all it can to take on Walmart-Flipkart. According to media reports, Amazon is eyeing a stake in the Aditya Birla owned retail chain of stores ‘More’. More is the fourth largest supermarket retail chain in India after Future Group, Reliance Retail and D-Mart. It has about 590 supermarkets and 23 hypermarkets around the country. This move, if finalized, can provide Amazon the push it needs to dominate the e-retail space.

Posted by: Supriya Rai
View more posts
Tags:Amazon, e-retail, Flipkart
How Flipkart and Amazon are Constantly Taking on Each Other 0 out of 5 based on 0 ratings. 0 user reviews.
The Case for Multi-Cloud Environments
Chandrayaan 1 and Technology Used to Find Water on the Moon