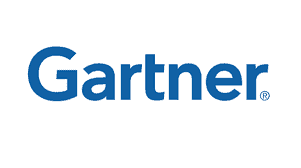 Infrastructure and operations (I&O) leaders planning a bimodal IT strategy will miss out on the benefits of DevOps support for agile practices unless they transform their I&O culture, according to Gartner, Inc.

Gartner said that the implementation of a bimodal IT strategy requires careful planning and execution. Analysts predict that, by 2018, three quarters of enterprise IT organizations will have tried to create a bimodal capability, but that less than 50 percent of those will reap the benefits of improved agility and risk management.

“I&O leaders are under pressure to support customers who want to go faster, so they are utilizing agile development,” said Ian Head, research director at Gartner. “However, movement to agile will not, and should not, be a wholesale immediate change. Instead, it should first be implemented in areas where there is a very real business need for speed, and then carefully rolled out — taking the culture of the organization into account.”

Gartner has developed the strategy known as “bimodal IT,” which refers to having two modes of IT. Mode 1 is traditional, emphasizing scalability, efficiency, safety and accuracy, while Mode 2 is nonsequential, emphasizing agility and speed.

“Changing the behaviors and culture are fundamental to the success of a bimodal IT approach. We estimate that, by 2018, 90 percent of I&O organizations attempting to use DevOps without specifically addressing their cultural foundations will fail,” said Mr. Head.

“We do not advocate wholesale cultural change in a single organization wide program. Instead, I&O leaders should focus their efforts on an initial, small Mode 2 team, establish the values and behaviors needed, and take incremental efforts to recognize and reinforce desired outcomes prior to scaling.”