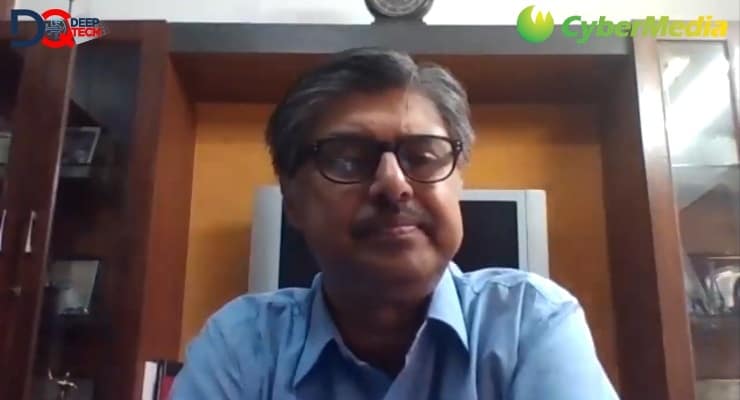 Rajeev Karwal, one of the most amicable IT leaders in the country and the man behind the rise of Made-in-India robots, passed away due to COVID-19 on 12 May, after a three-week-long battle with the disease. His untimely demise has left several people who were associated with him devastated. The void left by Karwal is irreplaceable, say those who have interacted with him.

“Today with a very heavy heart, I remember Rajeev Karwal, a dynamic leader, inspiration to many like me. Carried aura with humility, was flamboyant yet down to earth and ever-smiling. We have lost a visionary, mentor to many, and a strong leader today. May his soul rest in peace!” said Manish Sharma, president and CEO, Panasonic India and SA.

“Totally shocking. He came for the Dataquest  Deep Tech session a few months back. We spoke in September last year. He was such a fine gentleman,” said Pradeep Gupta, chairman of CyberMedia Group after learning about the unfortunate development.

Karwal, who was one of the dignitaries that took part in the Dataquest Deep Tech virtual event held in September 2020, spoke about his journey in the Robotics Industry in India. Karwal entered the domestic robots market in 2012 through Milagrow Robotics, the HumanTech division of Milagrow Business and Knowledge Solutions. “I still remember four or five years ago, when we used to go to any industry association or government department they would ask us not to talk about robots because they were worried it would give a message that the government is anti-labor or that robots would take away human jobs,” Karwal had said to Sunil Rajguru, editor of CIOL and PCQuest in the session titled “Rise of Robots and Drones Post- COVID“.

While the company did witness slight success in the residential sector, it again underwent a loss due to the demonetization exercise held by the Government of India. However, he said that while it was unfortunate, it took a pandemic for the country to realize the potential of this industry. “After the lockdown came into place, there were concerns about senior citizens being vulnerable and house-helps not being allowed into homes. Researchers indicated that when people were in the lockdown situation, the most important task which people felt is the need for clean homes today but also, the task which nobody wants to do at home is cleaning. So suddenly, we saw an explosion of demand for the floor cleaning robots,” he added while highlighting how the company grew by 400 to 500 percent during the lockdown.

Milagrow robots were also deployed in COVID wards of hospitals as doctors and nurses were fearful of getting infected with the COVID-19 virus. “Our humanoids were actually made for the hospitality industry to ensure that the doctor can talk to patients. The robot’s screen could display the doctor’s face to the patient. So, social distancing was being maintained, and these humanoids could actually also prevent health care workers from going in time and again as the robot could be operated from a distance,” he had informed. Milagrow robots were also modified to take sodium hypochlorite one percent solution and clean floors in hospitals. He had also predicted that the Robotics Industry would only grow henecforth with different kinds of robots being adopted across sectors.

Right from being accredited with bringing LG Corp into India to giving a new dimension to the way robots are being viewed in the country, the legacy that Karwal has left behind will live on for generations to come. Popular American playwright and novelist Thornton Wilder had once said that “The highest tribute to the dead is not grief but gratitude”. On the same note, while Karwal is no longer with us, the industry will be eternally grateful for all his contributions.

Posted by: Supriya Rai
View more posts
From Fear of Taking Away Human Jobs to Serving Patients in COVID Wards: Journey of Made-in-India Robots with Rajeev Karwal 0 out of 5 based on 0 ratings. 0 user reviews.
Multi-cloud: The next phase of cloud adoption in India
Vitti AI Invites Applications for Webinar on Role of Artificial Intelligence in Tackling COVID-19