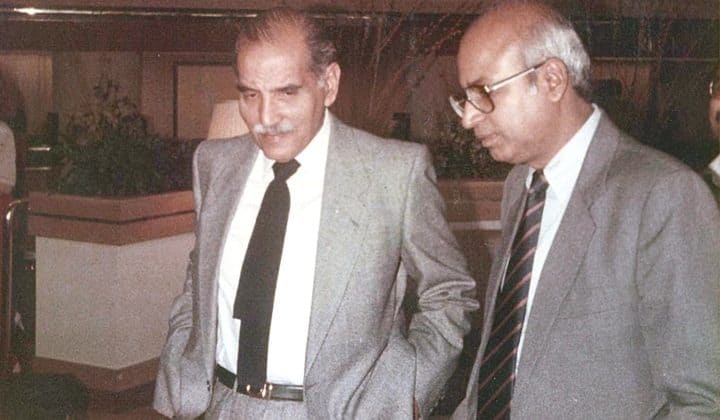 The Hallmark of a great leader is to throw challenges and help you to perform at your best. Mr. FC Kohli was one such Professional who saw early the best in every individual, and I had the great benefit of his mentoring.

During my initial days, I started to learn more about him and realized that he was very quick to grasp issues and was rather forthright when it came to telling us what the right thing to do was. However, if one was sure of being right, they could counter him with a logical explanation, and he would respect that. Kohli was certainly not known for his patience, but as I learned later, he was good at heart.

When Mr. Kohli spoke, you listened, which taught me the importance of being a good listener; but he was also a man of few words and his instructions were often quite crisp, which trained me to guess what was required to be delivered. Today, it is quite common to have an open and frank discussion between a subordinate and his boss, but in those days, managements were very hierarchical and it was difficult for a relative junior to communicate with a senior without appearing to be questioning or challenging him. Having a free and frank discussion with my boss was against the ethos of the time and against the upbringing I had. As a result, I often communicated with Kohli by writing memos to ensure that I had understood what he wanted and correcting it if I had got it wrong. More importantly, it provided me with the opportunity to disagree in a non-confrontational way.

I still recall that he would always challenge me by presenting me with different situations and new opportunities in my early days. This was something I learned from him and imbibed as I grew to build my teams at TCS later. I personally believe that the mark of a great teacher is one who inspires, motivates and opens up minds to the endless possibilities of what one can achieve. A mentor also builds strong interpersonal connections with his peers and teams through the course of his journey.

Kohli always wanted India to be part of the computer revolution that was beginning in the West. His electrical engineering degree and MIT training coupled with his voracious appetite for reading books on technology gave him the confidence to try new things in India and to create value.

Throughout his career, a visionary leader who was also the chairman of NASSCOM in 1994-1995, maintained close ties with academicians—from designing India’s first course on control systems to being in charge of establishing IITs in Mumbai and Kanpur. Even after his retirement, Kohli continued to be an integral part of India’s IT story but then he took it upon himself to use technology to tackle the problem of adult illiteracy in India.

He strongly advocated that India needed bright young people with good education— something India had in abundance. He firmly believed in education for the masses and thus developed the Adult Literacy Program. He felt that multiple language competencies for the Indian IT industry would be a game-changer in the future. He always encouraged the teachers/professors in Engineering colleges to upgrade their knowledge base, keeping pace with the changes technology was bringing to the industry. He believed that a graduate armed with the latest knowledge of the tech world would be more job-ready and deliver well at his job too.

Kohli was a visionary who foresaw the boundless opportunity for India in technology services decades ago when the tech sector was almost non-existent in India. His leadership and passion were key to establishing India as a trusted quality partner for global corporations as he propagated the importance of technology adoption and stressed on the importance of local language and the hardware industry in India.

While I have personally lost a teacher, mentor and guide, the Nation has lost a legend.

Artificial intelligence is not only enabling businesses to drive productivity and efficiency by making smarter,…

Neo-banks: The future of Indian banking

With the banking industry’s strategy shifting towards delivering a rich customer experience and adopting open-banking,…