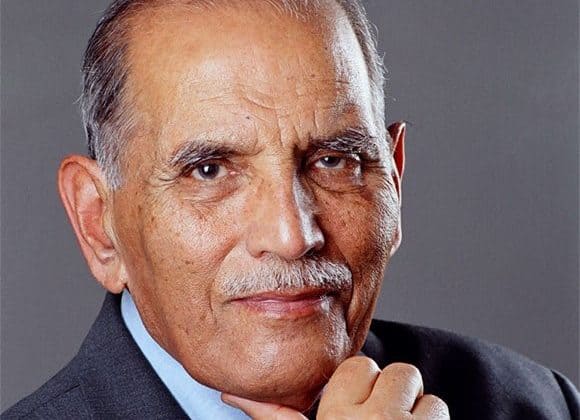 Kohli, the founder of multinational giant TCS and the Father of the Indian Software Industry, has passed away at the age of 96. While more details on his sad demise are awaited, condolence messages have started to pour in on social media platforms for the veteran industry leader.

“Sad day for Indian IT. He was not just the 1st CEO of TCS but someone who laid the foundation of India’s greatest growth story. Go in peace, Kohli Sir. You leave behind a great legacy,” said CP Gurnani, MD and CEO, Tech Mahindra. “End of an era. FC Kohli was the ‘Father of India’s IT Industry’. He was the founder of TCS, back in 1960s. What an amazing person! Was fortunate to meet him a few years ago in Pune,” said Amit Paranjape.

“A true visionary and the father of the Indian software industry – Shri FC Kohli will always be remembered for his pioneering contributions to the sector and remarkable leadership at NASSCOM. Our condolences to his family,” said NASSCOM.

“He was always looking at the next frontier. He started talking about computing in Indian languages in the nineties and his perpetual grouse was that we are doing nothing for electronics hardware. He strode the IT world like a colossus for decades and was a personal mentor to Uma and me from the time we first holidayed together at a NASSCOM Retreat in Jodhpur in1998. We traveled out of Jodhpur to see the San dunes after the NASSCOM meeting. E stopped in front of the tallest dune and two of us in our thirties were wondering whether to climb it or not. Comes a voice from above – FCK thirty years older had already reached the top!  It is a shock and our heart goes out to his wife Swarn and the family,” said Ganesh Natarajan.

“Sadly, today we lost the Father of Indian software. I still remember walking into his office to meet him and a tea tray service arrived in the most elegant way. He was always interested in hardware also happening in India in addition to software,” said Ajai Chowdhry, the founder member of HCL.

FC Kohli joined Tata Electric Companies in 1951 and helped to set up the load despatching system to manage the system operations. He became director of Tata Electric Companies in 1970. He was the first CEO of TCS which pioneered India’s IT Revolution and helped the country to build the $100 billion+ IT Industry.
Be it the propagation of computerisation in India at a time when no one realized its potential, or bringing the benefits of IT,  Kohli saw IT as an instrument of national development, says Tata Group.

Over the next two decades and more Kohli shaped the destiny of TCS. He was the first to talk about Tandem, first to import an IBM 3090, to maintain that mainframes are not dead, and to question the openness of open systems-even before most of the world addressed these concerns.

“Deeply saddened by the demise of the Father of the Indian software industry – FC Kohli. A legend who brought in the IT revolution in India will always be remembered for his vision and contributions to India’s growth story. May his soul rest in peace. My heartfelt condolences to his family,” said Som Satsangi, managing director, Hewlett Packard Enterprise, India.

FC Kohli was awarded the Dataquest Lifetime Achievement Award in the year 1995 for his contribution to the field of information technology. He was also conferred with the Dataquest IT Man of the year title.

Tata Consultancy Services mourns the passing of Padma Bhushan Shri FC Kohli, its first CEO, and the Father of the Indian IT Industry. Kohli joined the company in 1969 at the behest of JRD Tata. He pivoted first into management consultancy, and then over the next two decades, into software development, helping the organization navigate multiple technology waves over two and a half decades by continually investing in people and staying relevant to customers. He stepped down as CEO in 1996 and continued to play an active role in promoting technology to solve the country’s social problems.

N Chandrasekaran, Chairman, Tata Sons, said: “I am deeply saddened by the news that Mr. FC Kohli passed away this afternoon. He was a true legend, who laid the very foundations for India’s spectacular IT revolution and set the stage for the dynamic modern economy we enjoy today. Mr. Kohli led innovations in areas far-ranging from adult literacy, water purification, software engineering, software automation, complex-systems and cybernetics. I have had the honor and privilege of working with and learning from Mr. Kohli from the day he hired me as a trainee in TCS. Despite his momentous achievements, his simplicity and thoughtfulness is a lesson for us all. His enduring optimism and his ability to make ambitious bets leaves a legacy—one that has advanced a nation. I will miss him dearly.”

S Ramadorai, former CEO, former vice chairman, TCS, said : “Faqir Chand Kohli was a brilliant technocrat and a business leader with varied interests. He was passionate about the development of our nation and its youth. He was also my mentor, guide and a very close family friend. His demise is a personal loss to our family. The Nation has lost a legend today.”

Rajesh Gopinathan, CEO and managing director, TCS, said: “Mr Faqir Chand Kohli was a true visionary, showing amazing foresight in harnessing the rich engineering talent available in India to create an entire new industry that defied all odds and grew to be a global powerhouse. Over the nearly three decades that he led TCS, his sense of purpose, his clarity of vision, strength of character and unwavering belief in investing in people left an indelible stamp on the organization’s culture. Mr Kohli’s contributions to TCS, the Indian IT industry and to the nation, are immense and immeasurable.”

“As we move forward on the path he charted out for us, partnering our customers in their growth and transformation journeys, using technology as a source of social good, and scaling new peaks in creating value for all stakeholders, we continue to draw inspiration from Mr Kohli’s passion for technology, intellectual rigor, community spirit and his relentless drive until the very end. On behalf of all TCSers, I extend my heartfelt condolences to the Kohli family,” he added.

The Indian IT industry has lost its founding father Padma Bhushan Faqir Chand Kohli. Mr. Kohli was the true pioneer and disruptor of the IT revolution in India by contributing significantly to the institutionalisation of an industry that was unthinkable during a period when liberalisation era was far off from reality. His brilliant leadership, vision, and far-reaching thoughts germinated India’s technology revolution. Contemporary of the doyens like MGK Menon, KPP Nambiar, and Narasimhiah Seshagiri who saw the opportunities of growth and huge potential for export-driven economy, job creation in IT sector through software services and outsourcing and led to the government coming out with right policies together with the establishment of industry facilitation organisation like STPI. Mr. Kohli contributed immensely towards architecting the India Indian IT industry.

If today we take pride in the laurels of $191 billion IT industry and the catalytic role of STPI in nurturing the industry by facilitating a robust ecosystem for marvelous growth, Mr. Kohli envisioned it in the late 60’s by steering the technology industry to play a level-playing field on a global scale and driving the futuristic IT & computer policies of the country to put India on the global IT map as the most preferred outsourcing destination. The passing away of Mr. Kohli is not only an irreparable loss to the IT industry but the end of an era that plotted the seed of the technology revolution.

FC Kohli was an Institution unto Himself: Harish Mehta, founder and executive chairman of Onward Technologies, and first elected chairman of NASSCOM

Today the Indian IT industry lost its great leading light. And I lost a father figure. Mr F C Kohli was not just a leader, patriot and a visionary par excellence but also an institution unto himself. May God bless his soul, may this great doyen of Indian IT rest in peace!

It is hard to find a better combination of energy, spirit and substance. An ever willing mentor, a hard taskmaster and a very dear friend, he enabled movements such as NASSCOM, CSI and IEEE in India.

My heartfelt condolences to the Indian IT industry and to the many people whose lives he touched positively. My heart goes out to the ever-cheerful Mrs. Swaran Kohli or Swaran ji as I call her. She has been a real rock of support for someone as driven as Mr. Kohli.

Captain, you will be sorely missed. But your spirit, legacy and vision will live on in the million dreams that will continue to take off in India. Thanks for everything!

Posted by: DQINDIA Online
View more posts
FC Kohli, Father of the Indian Software Industry, Passes Away 0 out of 5 based on 0 ratings. 0 user reviews.
How enterprises are leveraging colocation to interconnect to a system of clouds
IOCL Recruitment 2020: Online Applications Invited for 493 Fresh Apprentice Vacancies in Southern Region

Reliance Industries has announced results for the quarter, and Reliance Jio has reported consolidated revenue…

JEE Main 2021 will be conducted by the National Testing Agency (NTA} in multiple sessions,…

TCS NQT 2021 Registration Link is Now Available and is Free: Here’s How to Apply