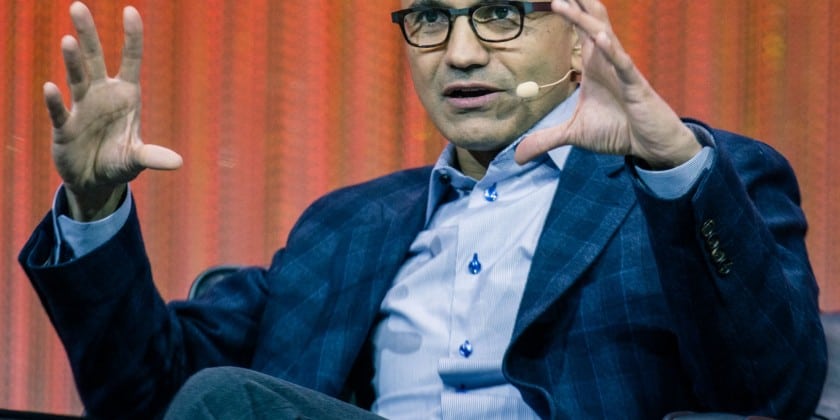 At a recent event aimed at celebrating the role of women in the tech industry, Satya Nadella, Microsoft CEO, was asked what advice he would offer women who are not comfortable asking for pay raises. His answer to this question took the world by storm; Nadella quickly recoiled and clarified his comments saying he had been inarticulate and wrong.

I don’t think it was a slip of tongue on Nadella’s part, he might have really meant every bit of what he said. But the import of it was totally lost on the audience and the world at large. Nadella immediately earned the label of being a male chauvinist for the unguarded comment. But as the CEO, he thought it wiser to apologize because the more you explain an error, the messier it gets. Instant apology is the best route to an honorable exit.

I fully support Nadella on his comment. I am sure his comment is not a reflection of any vicious deep-rooted sense of male chauvinism. We need to look back at the exact words he used in responding to the question.

These were Nadella’s exact words: ”It’s not really about asking for a raise, but knowing and having faith that the system will give you the right raise……that might be one of the initial ‘super powers,’ that quite frankly, women who don’t ask for a raise have. It’s good karma. It will come back.”

Now what’s wrong in ‘having faith in the system’ to give you a raise? When the CEO says this, is he not alluding to a culture of meritocracy at his organization? The Western world doesn’t understand the meaning of ‘faith’; ‘faith’ is construed to be a hopeless wait towards a hopeful end.

In fact, Nadella goes on to call this a source of power, a superpower. Maybe that’s the shade of the Hindu ethos in him, which is difficult for others to come to terms with. What if this was said in the context of men asking for a raise? Would it have raised so much of muck? It is all a matter of interpretation, semantics aside.

Coming to the part of ‘good karma’, a Sanskrit term that found a fashionable entry into the English lexicon in which it denotes something like an accumulation of goodness, whereas the real meaning of karma is ‘action in doing one’s duty’. This is where Nadella actually blew it. By equating ‘faith in the system’ to ‘good karma’, it meant that one has to hopelessly wait to be considered good enough for a raise! BOOM!

Funnily, the right answer to the original question was darn simple. If women want to ask for a raise, they should just ask for it. If Nadella would have given this answer off the cuff, he would have sounded real smart.

Sailing With the Cloud: Strategies for Future Growth

By: Prabhakar Jayakumar, Country Director, DigitalOcean India Imagine this scenario: you’re sitting at a cafe and…

Chandrayaan 1 and Technology Used to Find Water on the Moon