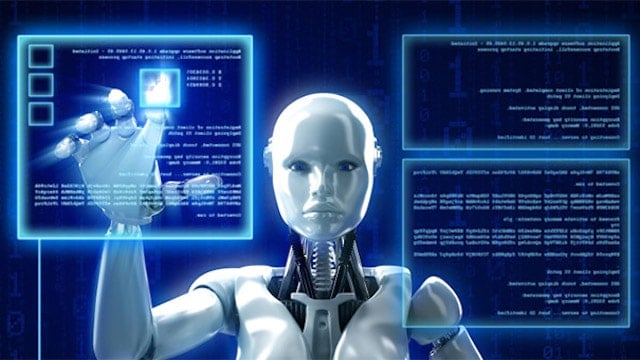 With state-of-the-art technology giving full reins to wishful fantasies which we could only imagine in the world of fairy tales, our digital communication and its after-effects have revolutionized the way one thinks, works and behaves, not just at workplace, but at every step that governs our life. As technological advancement follows high-tech expertise and is seen percolating down to different echelons of society, it also reigns supreme and becomes the keyword, and has become a must for all businesses of all kinds to take on the growing challenges of newer digital areas. Keeping up with such trends is the advent of Facial recognition, which uses AI & Machine Learning, and has worked wonders in the use of security systems and other biometrics, such as fingerprint or eye iris recognition systems, in addition to becoming extremely useful as a commercial identification and marketing tool.

By definition, a face recognition system is just another computer application that helps in identifying or verifying a person from a digital image or a video frame from a video source. One of the ways to do this is by comparing selected facial features from the image and a face database.

Resultantly, multifarious applications across numerous sectors like Retail, Healthcare, Government, Travel & Tourism and many other industries, have benefitted tremendously with the use of facial data for various applications. Combined with the stupendous growth in population and the common man getting access to what was hitherto a reserve for the affluent, the functions of facial data seem to have magnified its strengths to unlimited usage.

With competition adding more zing to make devices cheaper, the consequences could extend to other recognition algorithms, such as, 3-dimesional recognition, Thermal cameras and Skin Texture analysis, to name a few.

Besides security systems, many governments have gained using a number of other applications for face recognition systems, but because of their covert nature, many such deployments are not in the public domain. Suffice it to say that every authority- be it the government or a corporate house to even institutions – earns rich dividends that go a long way to establish them as an incredibly data-rich law-enforcement and security agency, with a wide remit for data collection.

Although concerns about biometric data used in fingerprint and facial recognition systems are unavoidable because it is indelible, and is being used in authoritative identity registers, and is featured on identity documents such as passports and driver licenses, by 2020, the facial recognition software market will reach $6 billion worth. With the help of smartphones, major giants like MasterCard and Facebook – using predictive intelligence – have used selfie payments and tagging features respectively. Snapchat’s geo filters and special facial recognition effects are also aimed in this direction.

If we take a closer look at other areas, viz., industries where more innovative applications could determine the course of action and assist in going forward, we could look at the ramifications it may have:

The U.S. Department of State with 117 mn American adults in its database is one of the largest face recognition systems in the world.

For general management and running one can use these systems for census studies, voter identification, census studies, healthcare interventions, BPL handouts, law and order management etc. Particularly in a country like India with all its diversity, where there may not be a coherent enforceable right to privacy, this application could have far-reaching significance. But, with a rider, that it is judiciously and effectively implemented.

These emotional recognition systems work on identifying the human emotion, most typically from facial expressions. At retail outlets, for instance, using video surveillance system to pull an image of a card counter, thief or blacklisted individual, one could run that image through the database to find a match and identify the person. There could also be a non-intervention based attendance system, where retail stores could detect repeat customers and prompt salespersons to greet them by name.

While humans may have had the innate ability to recognize and distinguish between faces, computers showing the same ability have taken giant leaps forward and developed by analyzing what catches the eyes of customers in the public space, in malls, showrooms etc. One could, thus, remotely conduct extensive market research and usability studies on how a user browses web pages, views advertisements, and reads text through the webcams of participants sitting in the comfort of their homes. Obviously, this ensures a natural environment for a widespread high-fidelity data collection.

Facial recognition has great advantages over other biometrics solutions. Face recognition technology is contactless with the target, making it convenient for wide-ranging applications. The potential application of facial recognition technology used for genetic screening is an easy identity management facilitating easy check into hospitals, clinics and other medical facilities. MR records could be fetched in a flash, and Insurance companies could check and authorize transactions in minutes instead of hours or days. Besides, facial recognition could also power emotional and sentiment analysis in mental healthcare environments, as well add another piece to Telemedicine to make it a real possibility. In addition, face and head tracking can be utilized for physiotherapy treatment through measuring and recording of head position, gaze direction and eye closure.

Since facial recognition could ease Point of Sale payments, with no swiping of cards, and potential of reducing lines at retails counters, financial services industry has been remarkably disrupted by the new business model, with customers are demanding more customer-centric, digital solutions and expecting banks to create solutions that not only solve the problem of security but also increase the level of customer satisfaction. Significantly, mobile banking could use a high-value second factor for authentication, as also, cashpoint/ATM’s from faster access and disbursement.  As an added advantage, it could also reduce spend and inconvenience for pension and other financial disbursements that require Proof of Life for older citizens who often have to manage this with difficulty.

Challenges
It’s customary in any other novel approach to business – new or established – to field questions on the effectiveness of face recognition software too, particularly in cases of railway and airport security. And, therefore, a technology this promising has to have some hiccups. There are areas where this software may have its restrictions since accuracy in facial recognition technology remains less than desired. Fearing malfunction occurring, it may often create a problematic situation for a consumer.

Other important issue is that of privacy & consent, which we have touched upon earlier also. Many consumers are concerned about the privacy and consent or acquiring permission for facial recognition technology usage that may be difficult to accomplish. The silver lining is that with Snapchat’s over 200 million, Facebook base exceeding 2 billion people, LinkedIn acquiring 2 new users every second with a projected goal of 3 billion (currently 467 million) this concern may be genuine but not something impossible to accomplish.

Despite demonstrating robust authentication methods, many companies are hesitant towards early adoption for valid reasons and other unforeseen deficiencies.

However, a core conclusion of this technology is that deployments of face recognition are diverse and differentiable, but that should not deter users from adopting the challenge. And while the debate still rages, what is important to recall is that the physiological characteristics of the human face with relevance to various expressions such as happiness, sadness, fear, anger, surprise and disgust are associated with geometrical structures which restored as base matching template for the recognition system call for an early adoption of technologies that invariably makes the difference between your business thriving or dying. The core technologies have evolved and the cost of equipment is going down dramatically due to the integration and the increasing processing power. Certain applications of face recognition technology are now cost-effective, reliable and highly accurate, and there are no technological or financial barriers for stepping from the pilot project to widespread deployment.

The choice is yours!

Posted by: DQINDIA Online
View more posts
Tags:digital, Facial Recognition, Government, travel
Facial Recognition: Benefits and Challenges! 0 out of 5 based on 0 ratings. 0 user reviews.
Embark on an insightful journey of digital transformation with #CXODigitalDrive
NIET And PTC Invest INR 30 crore in its Smart Manufacturing Labs based on Industry 4.0