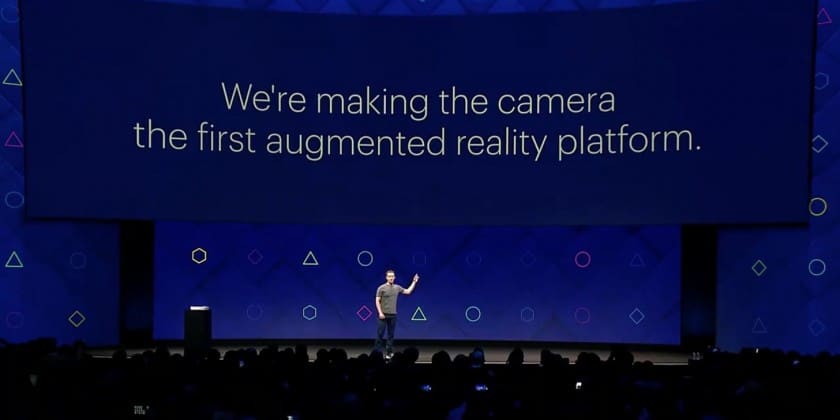 Facebook in its ongoing F8 developers conference plans to draw attention of outside developers to contribute AR image filters and interactive experiences its new AR Camera Effects Platform. According to reports, the first effects will now be available inside facebook’s camera feature on smartphones. But the company claims that the camera effects platform is designed to become compatible with future AR hardware.

Facebook was not mindlessly copying Snapchat with its recent update on its various platforms such as Facebook Messenger, Instagram and WhatsApp. According to reports, the company was just laying the background for its Camera Effects Platform. Recently the company has launched stories on its platform.

As the interest of people are changing from reading an article to watching videos or photos. The company is also shifting its focus to photos and videos.According to Techcrunch report, Zukerberg said that “we kind of felt like we’re going to need cameras because video and photos are becoming more central but the unique thing that we’re going to do is we’re not just going to build basic cameras, we’re going to build the first mainstream augmented reality platform.”

Facebook is allowing developers to sign up for closed beta of the platform’s AR studio tool. It will allow the developers to create their effects. Facebook’s camera will soon be able to recognize objects like coffee mug and other objects. The company also plans to provide related effects to users.