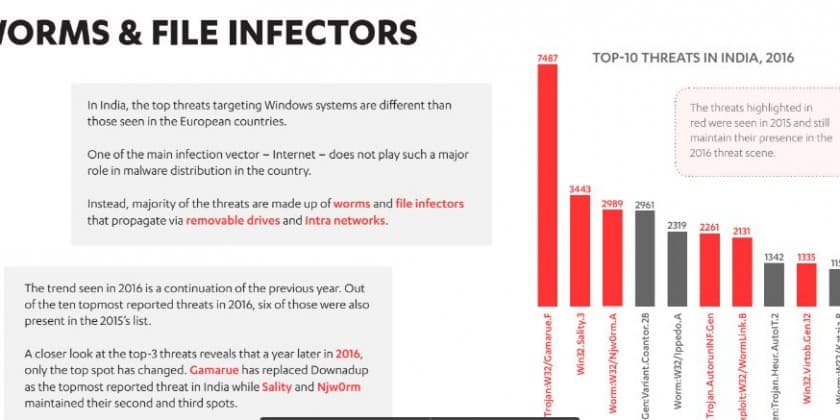 F-Secure, a leading European cyber security company, today revealed that post demonization, India is expected to be a key target in point-of-sales (POS) and banking malware, especially mobile wallets in 2017. The latest report titled ‘Threat Landscape India 2016 & Beyond’ further highlighted that Android-based smartphones are facing the maximum number of cyber-attacks, post the demonetization drive. The rise in the number of smartphone-based cyber-attacks burgeoned post the Government initiative announced in November last year.

The last quarter of 2016 witnessed increased usage of online/ digital payment platforms, including plastic money and mobile wallets, owing to the liquidity crunch. This has led to the rise in point-of-sales (POS) malware and banking malware.

Elucidating on the findings of the report, Mr. Samu Konttinen, President & CEO, F-Secure Corporation, commented, “The constant rise in the number of cyber-attackers targeting Android users has not been a hidden fact. The situation is worrisome in India when we take into account the volume of increase in online transactions. With more than 1 billion mobile users and no major restriction on the Internet or the use of VPN, there is a significant need for adopting the best of the security products in India.”

The report also pointed out the fact that users in India are more active on mobile devices. It is the preferred medium for connecting to the Internet, instead of browsing on personal computers. Post demonetization, people have increased the use of mobile wallets including Telco Backed wallets, Independent wallets, and Bank backed wallets, etc. People are even keeping multiple wallet apps on their phones as different wallets are accepted by various sellers and stores. Such growing use of mobile web and mobile wallet based transactions has contributed to increasing incidences of new types of threats. The major threats that are facing Indian smartphone users are Airpush, Dowgin, FakeApp, SMSpay and SMSreg.

The most common being the riskware and adware such as
· AirPush (attackers attacking user’s mobile phone and apps while they are using public Wi-Fi networks, to transact through web and wallet apps)
· FakeApp (fraud apps which looks real but are not)
· SmsReg (hacking SMS by tracking OTP laced messages during financial transactions)

Telegram: The New Channel of Choice for Conducting Cyber Crime

The Dark Web is a hive of illicit activity. From illegal guns and drug dealing…