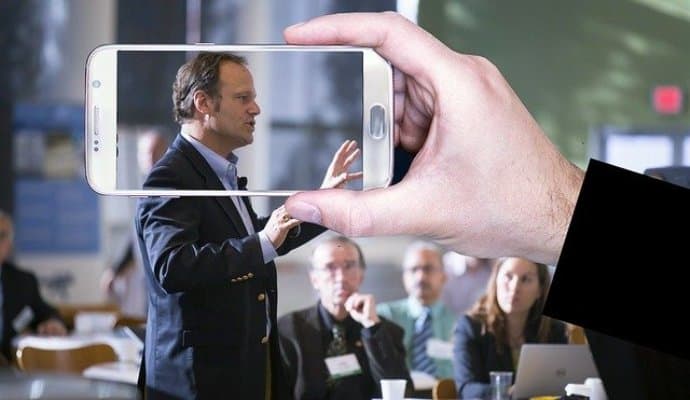 The spell that videos has cast upon us has shown no sign of diminishing over the last century; in fact it has encouraged the fascinating world of video technology to evolve into an industry of endless potential. From combining individual still images to technicolour and 4K, from the Lumière brothers to James Cameron’s Avatar, the evolution of cinema to television and subsequently livestreaming today, video technology’s advancement is as fascinating as the stories told by its medium. What’s even more intriguing is that the evolution of video doesn’t just limit itself to an up-and-up rise from cinemas to television. It has expanded in different trajectories such as the equipment used to produce content, the mediums that are employed to broadcast news, sitcoms and entertainment, the communication channels it has opened via Zoom, Microsoft Teams and the marketing capabilities it has brought to the forefront for companies and individuals alike by harnessing the power of social media.

A brief look at how it began: The phenakistoscope – an invention by a Joseph Plateau gave way to Edison’s better known kinetograph – a machine with a peephole that allowed one person to watch a strip of film against light. But it wasn’t till 1896, when the Lumière brothers successfully opened cinemas after perfecting their Cinematography that film really became successful, which eventually paved the way for Charlie Chaplin to debut on the big screen in 1914. The world never looked back; on the contrary, as an audience, it found a surfeit of delight, horror and shock at the realism in motion pictures, including ducking when trains charged towards them (on screen).

It bodes noting just how rooted the power of video technology is: cinema theatres during their ‘hey days’ advertised the type of projector they were employing with the same passion as the film itself, pandering to the audience’s fascination with the technology.

When the black and white television set shyly made its entry in 1939, it didn’t take long for the world to transform in-house viewing to become its favourite pastime, an act that has been replicated several times over in the way we utilise our phones to watch videos over OTT and social media platforms today.

An adaptation to minimalist design, sleeker interior structures and automation processes made television vastly affordable over the years, rendering them a necessity more than a luxury. Post-World War 2, the number of television sets in the United States allegedly increased from 6,000 pieces in 1946 to over 12 million in 1951 – even prior to the introduction of the colour TV that came about in 1953, followed by cable tv that led to a increased demand in content production, and opened a niche market for speciality channels such as HBO, Disney, Star Plus and so on.

As the world transferred from cable tv to the cable box, dabbled in VCR and DVDs and finally made the transition from analogue to digital (late 2000s), the way we create and consume video content has changed as well – it has evolved to become available to everyone: In the last decade, the novelty of watching video has switched to interactive gaming and today, recording and then sharing events in real time. Enter the lockdown and video tech has had to quickly adjust to providing entertainment, keeping jobs and communication alive, but nevertheless adaptable technology that is Zoom, Microsoft Teams and Google meets within an affordable range so everyone can partake.

Over the last decade or two, video production costs have come down dramatically: In the 2000’s, Canon made a splash with its focus on delivering professional equipment that was easier on the pockets. This was followed by fierce competitive pricing that broke out with the urgent need to provide sharper technology with simpler technique to capture a more versatile range of motion, be it slow-motion or a good aerial standpoint. Today (and who would have thought it), we have the ability to shoot 4K videos with phones that cover a range of other purposes, including editing the afore-mentioned videos with apps that have successfully eliminated shelling out thousands of dollars on expensive camera equipment and editing gear or even the need to train for years to become a cameraman, editor or a director.

The drastic change in the way video is shared and distributed via OTT and social media platforms cannot be ignored – case in point, the massive impact that YouTube has unleashed upon the world. Video traffic, according to a report by Cisco made up for 70% of internet consumption in 2017, and is expected to hit 82% by 2022. The evolution of video technology has meant the evolution of consumption: internet speeds and mobile phone networks function better and faster to allow streaming and live streaming at cheaper costs – remember the key phrase ‘unlimited downloads’ that did the rounds not too long ago? 5G continues to host better TB everywhere networks, and high-efficiency video coding such as AV1 promises to deliver 4K and potentially 8K HDR.

Since the world’s first livestreaming event in 1995 – a baseball game streamed by ESPN SportsZone – to Netflix streaming using MPEG-DAASH, and currently Artificial Intelligence based live-streaming facilities such as TOCH AI, an entire industry has come to stand.  There is a consistent requirement to make things easier to do, so the downtime to produce content is faster. Short form video content that delivers faster entertainment and crisper information to hungry audiences who pander to platforms such as Facebook, Twitter, Instagram, requires simple but finished editing technology.

With the incorporation of Artificial Intelligence into livestreaming and editing, production of video content is now possible in real time as is the ability to livestream from multiple platforms simultaneously. A powerful broadcasting tool, livestreaming doesn’t belong to individuals anymore, instead businesses are incorporating it to promote their monikers and acquire massive lead generation, brand awareness and more affordable advertising.

It is worth considering that the benefits of AI are multi-fold in the video technology industry, not just in consumption or production, but also security: regulating illicit material, preventing copyright infringement etc.

Even as AI continues to pave the way forward, it is justifiable to say that the only thing that has consistently stayed and will continue to hold top priority amidst all this evolution of technique, style and craft, is the effectiveness of the content produced be it a marketing video, virtual reality or really, anything else.

Posted by: DQINDIA Online
View more posts
The evolution of video tech as an industry 0 out of 5 based on 0 ratings. 0 user reviews.
Exploring the reasons behind growing interest in analytics
Why CX is indispensable to the Indian financial services