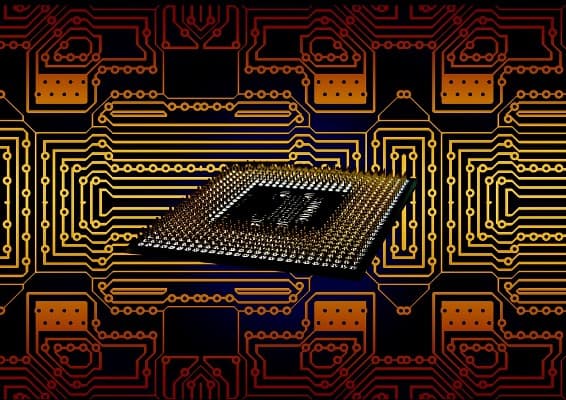 In a connected world, where everything from cars to home air conditioners is getting connected, the number of IoT devices in use is on the rise. A Gartner study, for example, forecasts that 14.2 billion connected things will be in use in 2019 and that this total will reach 25 billion by 2021, producing an immense volume of data. A McKinsey study claims that 127 new IoT devices connect to the Internet every second. This clearly has a big impact on the way datacenters are built, as companies will require smaller datacenters at the edge and place it closer to the location where data is being generated. This has given to the rise of edge computing.

Gartner defines Edge Computing as an approach that enables and optimizes extreme decentralization, placing nodes as close as possible to the sources of data and content. Unlike the traditional approach which adopts a centralized approach and sends every bit of data to the cloud, edge datacenters keep the heaviest traffic and data close to end-user applications. This reduces latency. Take the example of an autonomous car. The time it takes for data to move to the cloud and back is long and could be the difference between life and death.

In many cases, it is not feasible to transmit all data to the cloud as moving data to and from the cloud does not make economic sense.  Additionally, if the data is received slowly, it has limited value. In addition, in some cases, regulatory requirements may prevent organizations from moving data to the cloud – especially if it is hosted in a different country. A combination of these challenges makes a strong case for considering edge computing.

With the imminent advent of 5G, there is a need for reducing the latency and reduce peering hops. The only way to do this is by deploying edge datacenters closer to the location of the user. The possibilities due to 5G are huge – be it remote surgery or virtual classrooms. Edge Computing addresses a major challenge of 5G – ensuring high speed and low latency that helps users consume high volumes of data at a high speed.

While there will remain a need for a centralized core datacenter, with the advent of 5G, there will be greater emphasis on decentralized distributed computing (edge computing), to support more mission-critical applications with lower latency and higher availability. Analysts believe that 5G will spur more investments in edge datacenters, which can complement existing datacenters by acting as an additional processing layer, which is closer to the source.

In the future, demand for edge datacenters is expected to be high. With the rise of IoT devices, expect more edge datacenters to be deployed by enterprises. Gartner, for instance, predicts that while currently around 10% of enterprise-generated data is created and processed outside a traditional centralized datacenter or cloud, by 2025, this figure will reach 75%.

An IDC FutureScape report states that by 2022, 40% of enterprises will have doubled their IT asset spending in edge locations. IDC also believes that 45% of all data created by IoT devices will be stored, processed, analyzed and acted upon close to or at the edge of a network by 2020.

A Frost & Sullivan report says that datacenter architecture is expected to become highly decentralized and will see a high volume of smaller edge datacenters being deployed closer to the consumer, and the edge computing market is expected to witness tremendous growth from 2017 to 2022, growing at a CAGR of 36.3%.

Artificial intelligence: Enhancing the use of mobile apps in India

Artificial Intelligence has transformed the face of the technological world. It is about to enhance…