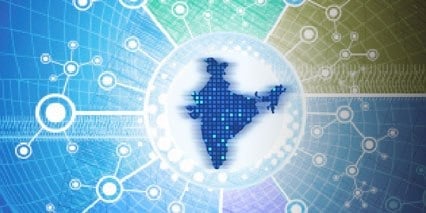 Making ‘Digital Empowerment’ a Fundamental Right is indeed a very strong statement and I believe the relevance of the same will be even stronger if made applicable effectively.

The Fundamental Rights stated in the Indian Constitution have helped the Indian citizens in living a dignified life. However, adding digital empowerment as the 7thFundamental Right can greatly help in the successful execution of the prevailing Rights, which according to me are still unknown to and unused by a large section of the people residing in the remote corners of the country. For instance, every citizen in India has Right to Equality, but unfortunately, till date, there is an uneven distribution of technology in the nation with digital services being highly concentrated in the cities and rural parts being deprived of such facilities. Digital world can create an indiscrete platform for information and services for every individual irrespective of their caste, creed, race, sex, locality and religion, thereby giving an equal digital status to every individual in India. Similarly, digital empowerment can give a boost to other Fundamental Rights, including Right to Freedom of Speech & Expression, Right against Exploitation and Right to Education, by giving people a platform to express their opinions with liberty, raise voice against any discrimination or injustice faced by them and allow the underprivileged to avail quality education via digital literacy and ultramodern e-learning platforms like Massive Open Online Courses (MOOCs).

Therefore, I strongly believe that making India digitally self-reliant is the need of the hour and I would emphasize on the following key areas through which digital empowerment scenario in India, especially in the rural areas, can be transformed drastically:

Access to Information: A major problem which needs to be addressed is the lack of access to information at the primary level. In the cities, people can easily update themselves with the latest due to adequate access to all sorts of media. But what about 70% of the people living in the untapped regions of the country? Sadly, they are yet to be reached in terms of strengthening them with mediums of communication and equipping them with the information about the rights and services which they are entitled to. This is where digital platform can play a crucial role in terms of being a one-stop solution to their grievances and upgrading them with the latest from around the world. Today, it is not necessary for the users to know English for using technology and availing information. With operating systems and applications available in almost all Indian languages, adaptability and usability of technology and consumption of services have become easier for every citizen irrespective of their language. Moreover, modern techniques like voice commands, text to speech interfaces and the ‘iconization’ of commands are overcoming the hurdles in accessing the information, thereby making it easier for the citizens to be truly empowered.

Access to Digital Devices and Internet:As per the infographic furnished by ‘We Are Social’,till August 2015 there were about 976 million mobile subscriptions in India. It even reported that “1 in 7 people in India live in areas without any cellphone reception”. Whereas, according to ‘India On The Go – Mobile Internet Vision Report 2017’, a report by the Internet & Mobile Association of India  (IAMAI) and KPMG, “India is projected to have 236 million mobile internet users by 2016” and that the statistics will rise upto 314 million by 2017. But despite rise in the mobile subscriptions and rapid growth of internet users, rural people were unable to access internet. Another infographic by ‘We Are Social’ reported that the penetration of internet users was much higher amongst the urban population and the rate of internet penetration in the rural areas was only 7%.The main factors for this can either be the unaffordable internet cost or unavailability of information of what internet is or how it can be accessed. Clearly, till now, a large part of the Indian population in rural areas has never experienced mobile phones &internet. However, owning these two tech-elements has great potential of transforming their lives, as technology will empower them with the information at their fingertips and make them technologically advanced and independent.

Access to Connectivity: Providing last mile connectivity, i.e. till the bottom of the pyramid, is essential and in a democratic nation like India digital platform will enable every rural citizen to voice their opinions and problems and get feedbacks and reactions from others globally. Moreover, effective implementation of projects like National Optical Fibre Network (NOFN),which aims to provide broadband connectivity at the primary level, will give a great impetus to internet access in rural India. Also, the telecom companies in India can play a pivotal role in making connectivity ubiquitous, but unfortunately their focus lies more on expanding their services in the urban areas than the rural areas, thereby, non-adhering to the National Telecom Policy.They should widen their target audience, come up with moderate-prize internet plans and provide2G and 3G services in every nook and corner of the country.

Access to Digital Services: At present, Government services are provided to the people via intermediaries, i.e. either through Government officials or through a private party intermediary. According to me, services should be consumed by the citizen directly and an intermediary should be avoided to reduce additional cost and red tape. Now, with e-governance in full steam and simplified authentication process, it is only a matter of time when almost all the services will be available on any smart device, thereby triggering development, especially in the dissected regions. In fact, most of the State Governments have already started providing services in the digital format. With Aadhar verification now possible on phones, all Aadhar-enabled services can be directly consumed by the users on their smart devices. Undeniably, the day isn’t far when the Voter ID Card is going to be linked to Aadhar Card and every Aadhar will be validated over a smartphone with secure applications, thus enabling every citizen to vote at his/her convenience without going to the polling booth.

Accessibility to the above stated core area scan change the empowerment scenario in India, especially in rural India. Most importantly, strengthening India digitally can make Government projects like Skill India, Digital India, Make in India, etc. more effective. For instance, making it a right for every family to own a digital device will encourage and accelerate manufacturing of devices in India. In this manner digital empowerment will give a huge boost to ‘Make in India’ campaign.

The Indian Government should consider making Digital Empowerment a fundamental and legal right of every citizen at two levels -‘Digital Devices’ and ‘Connectivity’, as these two key elements greatly influence other prominent areas of development like education and health and grants every citizen the information that he/she should be aware of. With the absence of these two, there will be economic disparity, social inequality and poverty in the nation. However, digital empowerment as a Fundamental Right does not mean that it has to be provided free of cost, but it does guarantee civil liberties to every citizenfor leading a quality life.