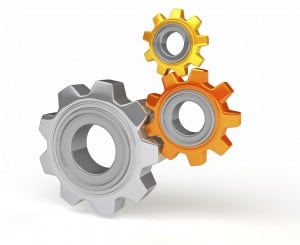 An Engineering degree is regarded as the ideal embodiment of intellectual capacity and is highly sought after in India for its potential career prospects. Though engineering branches vary in the skill sets they specialize, every technical graduate is expected to have attention to detail, to be able to solve problems using mathematical modeling, be creative, logical and rational. Unfortunately, outside of the elite Indian Institutes of Technology, top National Institute of Technologies and few private institutions, applied science graduates are rarely found employable and lack many of the cognitive accomplishments acquired by similarly placed peers in the Westerns world as well as growth economies such as China or Russia.

The boom in outsourcing of certain Information technology tasks over the past twenty years have led to scores of “engineers” getting employed by large IT services companies in India. However, a measure of the high rate of employment should not be confused with the tasks that these software engineers were engaged in. The reality is that most of the work that were outsourced to India were bottom of the pyramid tasks which did not involve creativity and “thinkability”, but rather encompassed mundane and mechanical processes. This whole ecosystem is breathing its last as rapid automation and inclusion of new technology is reducing manual jobs in IT to a minimal. At this juncture, it becomes critical for our education system to focus more on innovation and practical application of technology to stay ahead in the race of excellence.

A joint study conducted by Stanford University and the World Bank found that though engineering students in India make significant gains in technical ability, including Mathematics and critical thinking skills, students in China and Russia perform far better on a range of higher order thinking tasks. An old McKinsey study reached similar conclusions more than ten years ago estimating the number of graduates lacking in crucial skills at an alarming 75%. Other researchers claim this figure is actually closer to 80%. An Assessment firm catering to employer solutions, Aspiring Minds, reports in its Employability Report of 2016 that only 21.58% of all technical degree holders were eligible to work directly with software products or services while 40.57% could be assigned minimal function roles such as Business Process Outsourcing. These proportions, in fact, came down from the previous such report published.

Further, startups, which require the highest quality of engineers to survive in a strictly competitive environment with life or death imperatives, found only 3.84% graduates employable. This is primarily because of the fact that startups work on innovation and creating products and solution, which today focuses on automation, IoT and other trending technologies. To develop these applications and products, engineers are expected to have a strong skill of knowledge application to provide solutions. We need to understand that possession of academic knowledge is of no value unless this can be applied to resolving real world problems – unfortunately, the crop of engineers today falls desperately short of these “skills”.

The expectations in terms of salary are also progressively growing, making it costlier for companies to acquire talent. Moreover, trends in outsourcing are rapidly changing leading to service organizations requiring ready to perform workforce who have the ability tobe productive from day one. Gone are the days when organizations could invest in training manpower resources for months before putting them on to a project. By some standards, this alone could be an indicator of a demand-supply mismatch. The one silver lining in this report is that a large proportion of candidates with employable skills pass out from outside the top 750 engineering colleges in India. This vital segment may be being ignored by blue chip recruiters and the economy may be missing out on potential increases in productivity.

Quantity is not Quality

According to AICTE data from 2017, there were 3291 recognized institutions offering under graduate programs in Engineering disciplines with a total intake capacity of 15,56,360. Exactly 782,200 students graduated in 2016 of which 361,498 reported being placed in a job. This is just over half of those passing out.

According to Bloom’s taxonomy for relevant skills, knowledge and comprehension, being the abilities to recall, grasp, explain or restate previously learned concepts form the lower end of thinking ability. Application and analysis, being the ability to use theory to novel situations, distinguishing between ideas and connecting distinct components comprise mid level skills. Higher order thinking capacity consists of Synthesis and Evaluation – the competence to arrange ideas into a coherent whole and infer rules and standards to reach a logical decision. Clearly, the industry requires workforce at the mid-higher level in the Bloom’s taxonomy -its all about applicability rather than pure knowledge. The sooner our education ecosystem understands this, the better it is – and in case, we still remain enshrined in archaic pedagogical styles, an imminent doom is inevitable. We have already started to see the effects in terms of reports stating the huge number of engineering seats going vacant and colleges getting forced to shut their business.

These facts have the capacity to derail the ambitious ‘Make in India’ scheme of the incumbent government while hurting the global job prospects and demographic dividends marketing researchers have been claiming as opportunities for long.

Reaching out for Solutions

The problems most often cited in literature regarding the pitfalls of education and assessment systems in India range from an emphasis on acquisition of learning, outdated curricula and lack of infrastructure to promote computer aided modeling and visualization solutions. Outdated pedagogy may also have to do with upgrading programs for teachers in both schools and universities. Compliance rather than enhancement seem to be their goals. In past institutions did not have challenge in placing their students as the demand of “manpower” was high. The quality of manpower was not of much concern as companies knew that they had resources to train them. Over the past couple of years, we have seen consistent drop in employment, especially in the IT sector which has been the mainstay of engineering graduates. This is not because there is lack of jobs – it is just that the industry is not fining the right people and they do not have the economic feasibility to hire and train them through a long incubation period. We are observing that organizations are more that happy to hire skilled workforce ready to hit productivity from day one.

One of the suggestions that we consistently hear from the industry is that institutions should partner with certification and training bodies. This way, they can train and certify students during their final year of education and by the time they end their academic degree, they have had acquired practical usable skills. Many developed economies have effective “apprenticeship” programs that allow the students to gain industry relevant knowledge even while they study.

Bridging the gap between learning and application requires training that goes beyond classrooms and into problems drawn from real life right from primary and secondary education levels. Every component of education should be scenario driven and hands on – something that global certification bodies can provide as these bodies work with the industry to identify “skills” that are required and design their curricula accordingly.  Certifications that mend this rift have the potential to benefit both students and employers by connecting the last mile in desirable learning outcomes and should be incorporated in every undergraduate program to make education more meaningful and trustworthy.

One response to “Do Engineers in India Stand Exposed to The Current Technology Evolution?”