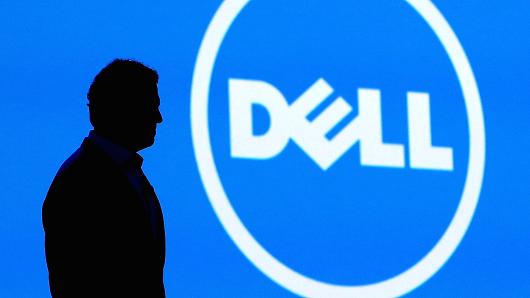 Dell Technologies has recently launched its report named “Future of the Economy”, in partnership with Institute for the Future (IFTF) to explore how the emerging technologies will reshape our economy over the next decade.

This report builds on the organizations’ collaboration in 2017 with IFTF, when IFTF distilled informed opinions from 20 experts from around the world to forecast the ‘next era of human-machine partnerships’.

The report is the first instalment of a three-part series with IFTF exploring how emerging technologies could change our lives, work and the economy over the next decade. It builds on Dell Technologies and IFTF’s debut research report in 2017 forecasting the next era of human-machine partnerships.

Today, technology is driving human progress and the interwoven partnership between humans and machines has opened up new opportunities for organizations across the globe.

This report offers insights around how the emerging technologies such as – 5G, IoT, AI, and Blockchain possess the potential to enable large-scale shifts that could transform the future of the economy by 2030, allowing individuals, organizations and governments to collaborate more seamlessly and unlock new sources of revenue and inclusion.

The next era of human-machine collaboration, powered by the new-age technologies are not only being talked about in closed rooms or for research purposes, they have transformed into global discussions points.

For instance, at the World Economic Forum 2019, the central focus was around Digital Transformation which will be driven by emerging technologies. The global leaders present at the forum discussed how globalization 4.0 will move the world towards an economy without external boundaries or frictions.

From an Indian perspective, businesses like Chitale Diary, MapMyGenome, Antara Foundation are some of the leading examples where companies have utilized emerging technologies like IoT, etc., for their business growth.

Shift 1: Autonomous Commerce—Machines as Consumers – Machines will evolve into consumers, using a mix of sensors, software updates, and AI to sense when they, and the people they serve, are functioning sub-optimally. They’ll then find a remedy – autonomously

Shift 2: Anticipatory Production—Meeting Demand On The Fly – On-demand manufacturing will become the norm. Innovation will be democratized and barriers to creating and commercializing products will recede. We’ll witness the rise of ‘meta-making’ – people with limited resources manufacturing complex things and marketing them to a global audience.

Shift 3: Leapfrog Economies – Unlocking inclusive opportunities – Technical advances will unlock opportunities for inclusive development and lift millions of people out of poverty by enabling all people to document their identity and generate new sources of revenue. Emerging economies will leapfrog others, held back by aging physical infrastructures.

Alok Ohrie, president and MD, Dell Technologies, India, said: “India is poised to witness a technology revolution in the near future, as we see organizations increasingly shifting their focus to adopt the new-age technologies such as AI, IoT, etc. Each one of these will create a unique value in driving the digital transformation agenda forward, while having a positive influence on people’s lives. By 2030, there will be deeper, more immersive partnership between humans and machines which will eliminate frictions, creating an economy full of new marketplaces and opportunities, as forecasted by the report.”

Dr. S Raghunath, chairperson, Centre for Corporate Governance and Citizenship and Prof. of Strategy, IIM Bangalore, noted: “In India, much depends on the introduction of 5G, which would eventually support IoT and a range of applications. In our country, man-machine partnership is evident from the developments in automotive industry with IoT relieving human beings from the drudgery and monotony of certain processes which many a times are considered dangerous or difficult for human beings.

“Similarly, Blockchain is finding its way in our BFSI, healthcare, retail and logistics, giving rise to the possibility of storing large amounts of data in a secure manner. This will provide insights into how to create a workable system of digital personal property. Moreover, these transactions would be secure and verifiable and would promote a technological infrastructure that would also help us identify property interests that are distinct from tangible objects.”

According to the IFTF report, organizations will need to overcome a few dilemmas in the coming decade, including security threats; data privacy; governance and trust & transparency. Making the most of the opportunities of 2030, will require a degree of urgency and preparedness by individuals and organizations, to achieve a friction-free economy by 2030.

“In the emerging scenario of man-machine synergy, the dissipation in energy is likely to happen in the arena of privacy and cyber security. Individuals, corporate entities and the government have to come together to create the framework for protecting privacy and security. In a larger sense the individual, a corporate entity and the government can turn out to be both, a victim and a solution provider. Therefore, combating these challenges will require a razor sharp focus on privacy protection, cyber security and cyber resilience.” as per Dr. S Raghunath.

Posted by: DQINDIA Online
View more posts
Tags:Dell
Emerging technologies, human-machine partnership to lay foundation for friction-free economy by 2030 0 out of 5 based on 0 ratings. 0 user reviews.
Is artificial intelligence shaping the future of ERP software?
Why ISRO Chandrayaan 2 Wants to Land on the South Pole of the Moon?

The emergence of new-age technologies such as AI, ML, and cloud analytics, has disrupted IT…

Today, India’s data protection landscape is undergoing a rapid transformation as businesses prepare themselves to…