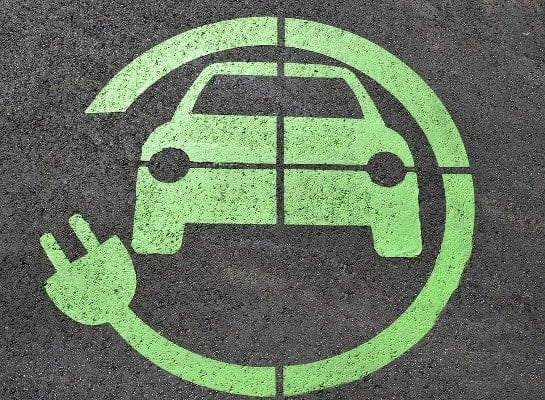 With the rising pollution levels and fuel prices at an all time high, Indian consumers are increasingly looking at clean alternatives to traditional vehicles. This has led to giving the electric vehicle space the much needed push in the country. In order to further the cause, the Government of India recently notified the FAME II scheme with Rs 10,000-crore outlay to encourage adoption of electric and hybrid vehicles. Along the same lines, Mr Akshay Kashyap, Founder and Managing Director, GreenFuel Energy Solutions, talks to DataQuest about the current scenario of electric vehicles in India, some innovations in the field, and what GreenFuel has to offer in the segment.

The Indian Electric Vehicle (EV) space is going through a little shake up, post the FAME II policy unveiled by the government. It requires a lot of manufacturers to localize their components and then re-certify their vehicles. This requires time, effort and money from the manufacturers if they wish to avail subsidy. So we will see short term pain in some sectors but in the long run it can be good for the industry. What continues to be strong is the E-rickshaw segment which has clear ROI’s for the customer. However we should see more robust and better engineered products in this sector as well. Overall the industry is not growing at the pace as it should because of new business models and product segments that OEM’s will have to think off.

Hybridizing a vehicle is of the best forms of reducing fuel consumption. However the level of Hybridization needs to be decided based on cost of vehicle and how much you wish to run on battery and how much on engine to balance cost with fuel efficiency improvement.

How is the Indian Government promoting sales of electric vehicles to reduce vehicular pollution?

The Government of India has taken the first step by launching the FAME II policy document. This has allocated around Rs. 10,000 crores for direct subsidy, R&D initiatives as well as charging Infrastructure. The Ministry of Road and Transport also waived permits for Electric vehicles used for commercial purposes. These are good implemented steps at the beginning. However some things like incentivizing usage, mandating delivery fleets to use EV’s and incentivizing business models like Battery Swapping need to be thought off and added to the policy.

Some of the Electric Vehicle trends of 2019

I think launching of FAME II was a much awaited and welcome step. However this has also put short term brakes on the EV sales due to localizing requirements. However it is better to promote the ecosystem for electric vehicle sales and component eco system in India. Most of this was being imported from China which is not healthy. Now Indian manufacturing will be encouraged. To see real growth I think we need to wait another 2 years. However till then there will be some Green shoots in this business.

In the Indian context we see the adoption of electrification faster in the 2 wheeler and 3 wheeler space. Infact, I am looking on 3 wheelers before the 2 wheelers because they are mostly used in commercial applications where ROI’s are better for the owner/ driver. So it has something for all stakeholders. Having said that 4 wheelers will definitely adopt Hybridization as a way to meet their commitments towards CAFÉ Norms but pure electrification is some time away. India’s proposed corporate average fuel efficiency (CAFE) norms for all car makers, could be a key to deciphering the latest realignment move in the global auto industry. The CAFÉ (Corporate Average Fuel Efficiency) norms, introduced in India, targeted at reducing the carbon footprint of the automobile industry.

Infrastructure that may come up for charging of three-wheelers

Frankly I don’t think any infrastructure is really required for 3 wheelers. Today most of them parked three wheelers at their homes or common parking areas. Here they can easily plug in their vehicles for charging at night and take them out in the morning. Battery swapping is another solution for this segment. But the business model for the same remains a challenge.

Posted by: Supriya Rai
View more posts
How the Electric Vehicle Space is Evolving in India: Akshay Kashyap, MD, GreenFuel Energy Solutions 0 out of 5 based on 0 ratings. 0 user reviews.
National Conference held on the Need for an Overhaul in Legal Framework for OSP
ISRO Chandrayaan 2: 6 Benefits of India’s Lunar Mission

The ongoing COVID-19 pandemic has essentially transformed the way businesses function. In the current scenario…

Oil and gas industry: On an upstream journey