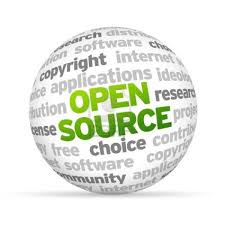 Often, it is not possible to conduct chemical engineering experiments in reality. Perhaps, it is too expensive, or perhaps it is not possible to procure the infrastructure and devote necessary time and effort. In such a scenario, often simulation of the problem on a computer with standard scientific equations is a workable solution to get some assessment of the problem. Indeed, when Reliance Industries established a large refinery in Jamnagar, India, they based it on simulation, without going through any pilot studies.

IIT Bombay recently conducted a workshop on DWSIM. The workshop was attended by around 60 people from academia and industry. The workshop introduced DWSIM and its problem solving capability to the participants.

Most participants agreed that DWSIM had capabilities that matched those of commercial simulation packages. Morever the package was easier to use and had better user interface. DWSIM met expectations of a good chemical engineering simulation package. The free part came as a bonus.

“The workshop was well organised. The faculty would learn and use software only when it is easy to learn. I found learning DWSIM easy because of Spoken Tutorials developed to learn the software. If everyone uses Spoken Tutorials we can learn anything associated with computers,” said Vinod Kallur, Associate Professor, R V College of Engineering, Bengaluru.

The initial part of the workshop was based on DWSIM Spoken Tutorials, created by Prof Kannan Moudgalya of IIT Bombay, who is also the inventor of the Spoken Tutorial concept. As mentioned by Prof Kallur, the participants found the side by side training method of Spoken Tutorial an easy way to understand the topic as well practice the software.

Vinod Kallur further explains: “There is pressure in college to shift to Open Source Software because commercial packages are expensive. However, while doing this we should not compromise on industry requirement.”

“I am going to promote this. We are targeting replacing commercial package by DWSIM by next year. I am confident that our students can learn DWSIM through Spoken Tutorial. As a teacher I need little more exposure and intensive training,” Vinod Kallur points.

IIT Bombay is associated with DWSIM through the project FOSSEE – Free and Open Source Software for Education. The activities of FOSSEE revolve around creating educational content around open source software and encouraging the introduction of courses on open source in syllabi of universities, apart from promoting it through publicity initiative. FOSSEE project is part of the National Mission on Education through ICT with the thrust area being “Adaptation and deployment of open source simulation packages equivalent to proprietary software”, funded by Ministry of Human Resource Development, based at the Indian Institute of Technology Bombay (IITB).

Daniel Wagner, Process Engineer, Petrobras informs, “Currently, Gregor is working on a tool to estimate missing parameters from UNIFAC-type models, which doesn’t exist in other simulators, including commercial ones. I am currently working on the reactor models to enable specification of heterogeneous catalytic reactions. We are also working on enhancing the current unit operation and thermodynamic models, while considering the implementation of more advanced models like the Cubic-Plus-Association (CPA) equation of state. Improving documentation is also something which is being worked on constantly.”

“There have been 8106 downloads of DWSIM in the last three months, and 108605 downloads of DWSIM overall since 2008( See source). DWSIM is being used in various organisations such as Petrobras, US Department of Energy, Emerson Process Automation, SIAD MACCHINE IMPIANTI, Chevron, Saudi Aramco, Petrostreamz AS and PDVSA(Venezuela). The vast majority of users are teachers, students and researchers from universities around the world,” adds Daniel Wagner.

According to some estimates, DWSIM has incurred cost of over $13.28 million for development. Estimated effort for development is around 241 person years. Estimated code size is around 887,000 lines. As a caveat, one must add that these methods of estimations are valid for large institutional projects and not open source projects. But, these estimates do give an indication of effort that has gone to create DWSIM.  DWSIM has several unit operations such as – Mixer, Splitter, Separator, Pump, Compressor, Expander, Heater, Cooler, Valve, Pipe Segment, Shortcut Column, Heat Exchangers, Reactors, Component Separator, Orifice Plate, Distillation/Absorption Columns, Solids Separator and Cake Filter. One can combine the above unit operations to simulate many a chemical plants.

DWSIM is very simple to use and has excellent facility for flowsheeting, where one can add material and energy flow, besides various unit operations. Adding properties to input streams then lets DWSIM calculate property values of output streams. Indeed it would not be an exaggeration to say that a chemical engineer could start using DWSIM in matter of few hours, though it may take some weeks to attain some level of expertise.

Rahul Jain is a student at IIT Bombay and is adept on DWSIM. He assures us of DWSIM accuracy. “When compared to results from any proven commercial software DWSIM gives identical results. Results given by DWSIM also match with actual plant result.”

Rahul Jain says, “DWSIM comes with excellent graph plotting abilities, where one can plot various equilibirum curves. This is useful to check if the selected thermodynamic package is appopriate.” He adds, “DWSIM can import databases of other companies such as ChemSep, besides having its own database. DWSIM allows you to custom build an unit operation and thus overcome the absence of specialized modules.”

In final analysis, DWSIM has a place both in academia and industry because it is free and that means a lot when commercial simulation packages are so prohibitively expensive. There is need for evangelisation and promotion of DWSIM so that industry and academia are at least informed of the choice they have. Once industry and academia know about DWSIM, adoption would soon follow.

– Prabhakar Deshpande is an IT consultant based in Mumbai