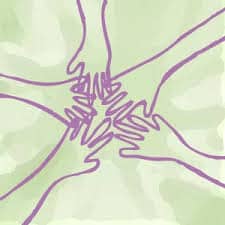 The Delhi Cabinet on June 20th approved the transport department’s proposal for installation of CCTV cameras in Delhi Transport Corporation (DTC) buses. Under this proposal the DTC will call tenders and sign an agreement to install CCTV cameras in 6,350 buses; including some cluster buses by the Delhi Integrated Multi Modal Transit System (DIMTS).

According to reports, this project will cost around INR 140 crore to the corporation. The plan was approved by the cabinet on Tuesday in a meeting. The amount required for the project is reportedly to be garnered from the ‘Nirbhaya Fund’. A detailed list of the features of CCTV cameras under the project ‘National Level Vehicle Security and Tracking System’ has been provided by the Union Ministry of Road Transport and Highways.

The funds have been named after the rape victim, Jyoti Singh ‘Nirbhaya’. After a series of molestation cases happening in Delhi’s local buses, the cabinet took the decision of installing CCTV cameras in DTC buses to prevent any such mishaps in the future. This decision was taken keeping in mind the fact that Delhi-NCR has been in a spotlight when it comes to women safety. CCTV cameras and panic buttons in local buses will instill a sense of safety in minds of women commuters.

The process of installation and maintenance will be for a period of five years. Kailash Gahlot, Delhi Transport Minister, sounded positive about the decision and talked about change that the decision will bring in the safety and security of women commuters. Each bus would be having three IP cameras and one panic button for women who may feel unsafe while travelling.

The installation and maintenance of the CCTVs and Panic buttons is a big question. As per reports, more than 50% of existing cameras on the streets of Delhi do not work properly, which makes the successful functioning of this program a doubtful task. However the true picture of this policy would be revealed only after the cameras are installed. However, this initiative to give a push to women safety through surveillance by the cabinet can be appreciated