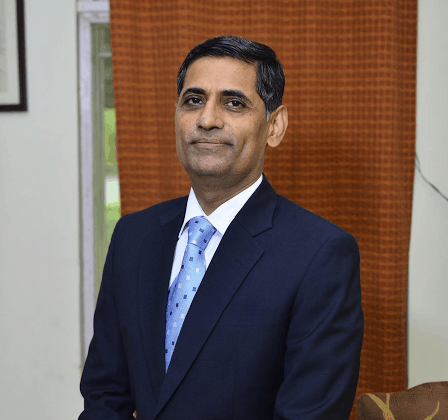 Data Security Council of India (DSCI) announced the appointment of Mr. Nandkumar Saravade as the Chief Executive Officer (CEO) of the organization. He will be join as a full-time CEO on July 1, 2015 and will be based in the DSCI New Delhi office. He will take over from the current officiating CEO, Ms. Rama Vedashree, VP NASSCOM.

Mr. R. Chandrashekhar, President, NASSCOM, announcing his appointment said, “We are delighted to announce Mr. Saravade’s appointment as CEO of DSCI. His rich experience will add immense value to the industry. Since the inception in 2008, DSCI has been leading cyber security and privacy protection initiatives in the country through policy advocacy, thought leadership, awareness and building capacity of security professionals and also law enforcement agencies. We see Mr. Saravade’s experience contributing significantly to taking these to a next level, as the organization grows.”

“I am absolutely delighted to join DSCI at this exciting time,” said Mr. Nandkumar Saravade, the incoming CEO of DSCI. He added, “I have been associated with NASSCOM and DSCI for a long time and have witnessed DSCI emerging as a most credible and committed body for elevating data security and privacy protection standards in India. It is a very challenging responsibility given the current environment on cyber security and I am committed to taking DSCI forward.”

Mr. Nandkumar Saravade was, until recently, working as an independent advisor on fraud and security to Ernst & Young (EY) and ICICI Bank. Till September 2013, he was the South Asia head of Security, Investigation and Vigilance function for Citibank. During 2008-2011, he worked as General Manager, Financial Crime Prevention Group, ICICI Bank, where he was responsible for fraud risk management, internal investigations, vendor due diligence and regulatory reporting for the Bank.

Mr. Saravade also served in the Central Bureau of Investigation (CBI) for seven years and West Bengal Police for six years. He was awarded the Prime Minister’s Baton and Revolver for being the Best All-round Probationer of the 1987 batch of the IPS and also the Indian Police Medal for Distinguished Services. Previously a member of the High Level Group on Electronic Banking Controls Governance and Technology Risk Management Standards set up by the Reserve Bank of India (RBI), Mr. Saravade has also been Chairman, India Payment Risk Council (IPRC), a body of fraud risk professionals in Indian banks, during 2008-2011.

Data Security Council of India (DSCI) and PayPal India, together released a study report on…