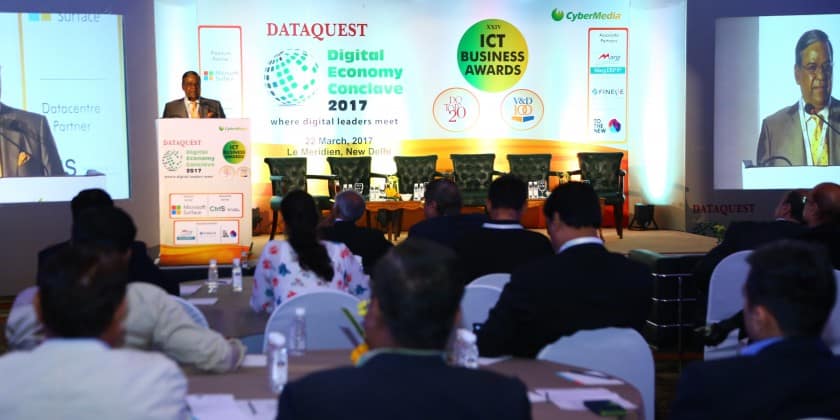 Dataquest, India’s leading IT magazine, recently organized Digital Economy Conclave on March 22, 2017 at Le Meridian, New Delhi. The conference was graced by more than 200 CIOs, CEO, MD, CXOs and other professionals. The conclave focused on the issues pertaining to ‘Digital Enterprise’ and ‘Digital India’ through a host of seminars, sessions, keynote addresses and panel discussions, among other things.

The overall focus of the DQ Conclave remained centred on ICT business, Digital Enterprise 2.0, smart cities and cashless economy. The speakers tried to outline and underline the importance of digital in every aspect of life and business. Ibrahim Ahmed, Group Editor, CyberMedia, addressed the audience with the welcome note wherein he emphasized on the need to collaborate to find out answers for the complex issues that irk the industry and the economy.

The conclave focused on making India ‘Less Cash country’ through two keynote sessions from relevant stakeholders of the cashless ecosystem. Pramod Saxena, Founder & Chairman, Oxygen Services graced the occasion and addressed the audience on how to ‘Drive Indian Economy in the Post-Demonetization.’ In his addressed, he said “In the last two decades mobile and internet emerged as the driving forces to connect people. It is time to further harness the power of mobile and bring in more value to customers.” 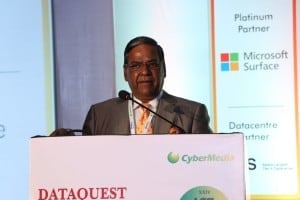 Saxena further stressed upon the importance of Aadhaar cards and digital mission of the government. With Aadhaar, the government is able to deliver the benefits directly into their bank accounts which were opened under the Jan Dhan Scheme. Pramod expressed his happiness on the transaction limit increased for mobile wallets from Rs 20k to Rs 100k.

Another speaker Daman Soni, head of Growth at MobikWik also underlined the importance of mobile wallets in the country and emphasized on the need for mobile payment ecosystem. “Mobile wallets can be used now at various outlets such as gas stations, toll plazas and shops, etc. It gives consumers the ease to pay. Mobile wallets helped in the integration process of various payment platforms.From one single wallet, users can pay bills, recharge, buy tickets, etc,” said Soni. 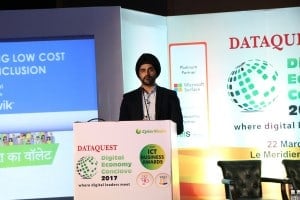 The audience also exchanged constructive thoughts with both Saxena and Soni on various issues concerning demonetization and digital ecosystem in which mobile wallets emerged as the saviours. 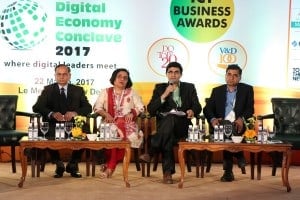 Later in the day was a panel discussion on ‘Digital Enterprise’ where Subroto Panda (CIO, Anand and Anand), Harish Chandra (CIO, Sarovar Hotels) and Ritu Madbhavi (CIO, FCB Ulka Advertising) exchanged their ideas of a ‘digital enterprise’. During the panel discussion, the panelists highlighted on the importance of cloud computing, IoT, AI and other technologies. However, they stressed on the need of business case for the use of any new technology. Security is of paramount importance and consumed a bit of time in the panel discussion. The audience also jumped into the discussion and sought answers to a number of pertinent issues. Most of the panelists agreed that the meaning of the word ‘digital’ is constantly changing as the technology is evolving. Digital no longer means cloud or mobile and covers a much more in its ambit. It can mean anything for enterprises in today’s context. Digital has, however, brought a new vibrancy into the market as digital-enablement is seen as the single step to stay relevant for their customers in every market. 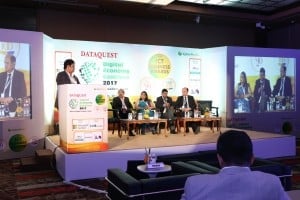 In another discussion on ‘Leveraging IT to rebuild cities and digitally empower citizens’, the panelists – Golok Kumar Simli (CTO, Passport Seva, Ministry of External Affairs), Bharti Sinha (Advisor, TTGA) and en (Dr) SP Kochhar (CEO, Telecom Sector Skill Council) shared their ideas on how smart cities can come up and what kind of challenges can emerge. Smart cities hold significance in today’s context as India is all set to become the most-populous country in the world by 2030, making it the home to the biggest and the most under-penetrated market for global manufacturers and service providers. This forces Indians to relocate to a bunch of big cities. It eventually increases the pressure on these cities. Initiatives like Smart Cities and Digital India by the government which are on their way to digitally enable citizens through steps like Aadhaar, digital lockers and computerization of land records, are set to play a major role in changing the face of the country. Building smart cities in all parts of the country seems like a visionary step but needs a lot of hurdles to cross. The panel discussion put the spotlight on some of the fundamental questions around Digital India and Smart Cities, and tried to deliberate on the role of platforms and solutions such as Connected Care, Connected Cars, Connected Factories and Fleet Management Solutions, Smart Metering and Smart Grids, etc.

Besides, the audience spent time interacting with experts from all walks of life and spoke to the technology experts who had installed their display kiosks at the conference.