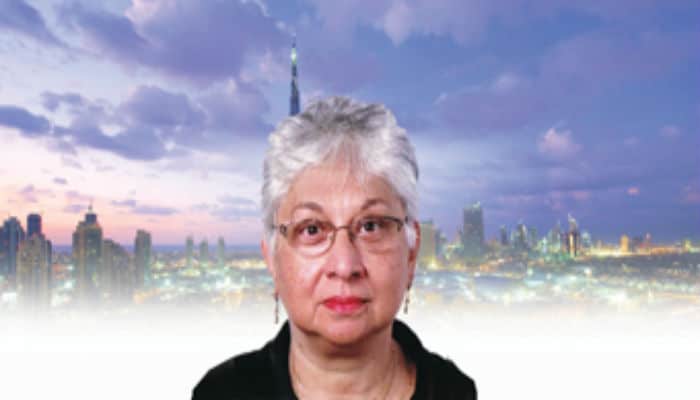 I now look back with great satisfaction on 45 years in the world of ICT as a Systems Analyst, Regional Manager, CEO, Human Resource Director for Asia Pacific, Entrepreneur and Consultant

The year was 1995. Vice-Chairman Sanjeev Goenka was giving his opening address at the Annual CEO and GM Conference of the RPG Group Companies. At the very end he said “for the first time a lady has breached the male bastion of CEOs in the RPG Group. Please welcome Lynette Saldanha the CEO of Datacraft RPG.” I stood up as 200+ male colleagues clapped. A proud moment indeed for the first woman CEO in ICT in India and the first woman CEO in the fairly conservative RPG Group.

What followed was even more interesting. The delegates went to the business sessions and the spouses went on a sight-seeing trip. I placed my name board next to a venerable elderly gentleman and was about to sit down when he said to me very kindly “Beti, the ladies have a different programme in the next room!”  The men around him burst into laughter saying “Chacha, were you dozing off when Sanjeev Goenka made his announcement?” Evidently age-old perceptions would not change overnight!

The road to recognition as a manager and a leader was a long one. I was the first woman professional to join ICL (later ICIM) in India in 1969. My male colleagues and my very conservative South Indian boss just did not know what to make of me and how to interact with me. My first six months were miserable and I thought often of going back to the UK. But I was made of stronger stuff! I persevered and tried to follow the advice of the English Marketing Director who had interviewed and selected me. He said “think like a man, work like a horse, and look like a woman”. Good advice indeed. I asked for no privileges- I travelled as much as the guys, I worked late nights in the computer room and carried huge magnetic tapes and many boxes of punched cards. I was a good techie.

But then an Area Manager’s role came up and I was not considered. I went to senior management and asked why- they said they never even dreamt of it, since as a woman, they thought I would be happy as a techie!  Well I told them that I would like a shot at being a manager when the opportunity next arose. In my early 30s I was made Regional Manager for the largest and most profitable Region in ICL – Western India. My early days were very interesting. My account manager(male) would take me to the final negotiating meeting. The client would proceed to make eye contact with and address, only my account manager. When it came to decision time my account manager would turn to me and you could see it slowly dawning on the client that I was indeed the boss!

So, what does it take for a woman to make it to the top?

My mother was an eminent gynaecologist and the first Indian woman to become a Fellow of the Royal College of Surgeons in Edinburgh. When I was about 7 years old she said to me “darling you may marry, you may not; your husband may be able to support you or he may not; you must stand on your own two feet.” I never ever forgot that. True to her word, my mother found the finances to send me, a young woman, to the University of Cambridge(U.K) in 1966 when most parents thought that only sons were worth educating to their highest potential. I had the best role model any woman could have.

I am blessed to have married one of the few men in the world who does not feel threatened by an intelligent and successful wife. It has always been clearly understood that each of us would pursue our careers in the way we wanted. We supported each other through ups and downs at work and in health challenges when they arose. We both moved to live and work in Singapore and took a joint decision to move to New Zealand.

Managements that trust you and will take a chance on you

ICL trusted me with 40% of the company’s business when I became their first ever female Regional Manager. Datacraft RPG (now called Dimension Data) trusted me to  negotiate and form a joint venture and become the first woman CEO and the first employee. I am grateful to them for the opportunity.

I now look back with great satisfaction on 45 years in the world of ICT as a Systems Analyst, Regional Manager, CEO, Human Resource Director for Asia Pacific, Entrepreneur and Consultant; living and working in India, England, Switzerland, the Netherlands, Singapore and New Zealand. I am privileged to have become a truly global citizen with rights, responsibilities and opportunities equal to those of my male colleagues.

In India, too much emphasis has been given to engineering streams, today’s business problems need…