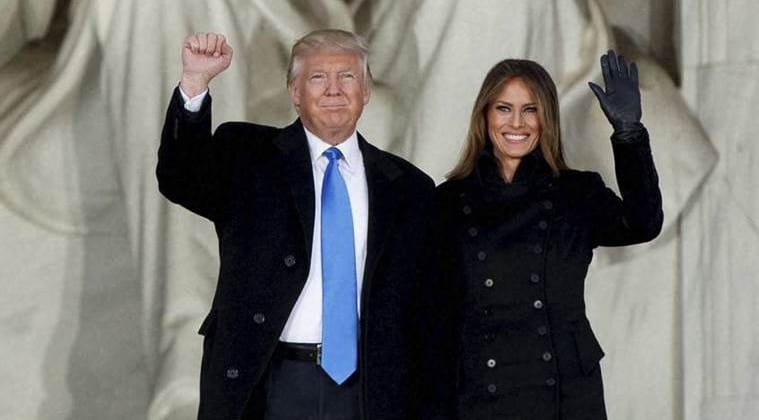 President-elect Donald Trump will be finally swearing-in as the 45th President of the world’s oldest democracy, the United States of America in a few minutes (10:30 PM IST). The ceremony usually takes place on March 4 but Trump is swearing in on Friday, January 20. Trump will take the oath of office in Capitol Hill, Pennsylvania Avenue. After the oath, he will be going to the National Mall for the ceremonial parade.

After the 2016 US Presidential Election, the country has been divided into two parts: pro-Trump and anti-Trump. 50 members are said to give the swearing ceremony a pass. Trump protesters are holding over 600 marches against him all around America and 28,000 security forces have been deployed on account of the disapproval of people. Yet, the candidate who won the election with majority is prepared to take the office with lakhs of supporters currently present at the event. Mike Pence is expected to swear in at 11:30 AM ET and Trump will take the oath at 12 PM ET. A lot of previous Presidents are also attending the event.

A new beginning, whole lot of new polices and a new era in itself is going to start henceforth. Trump won the 2016 elections by focusing on many subjects. Out of the many issues, unemployment is an issue that America has been facing since a long time now. The considerable percentage of youth of the country particularly supports Trump for his promise on bringing in jobs for the American origin people. Whereas, for Indian immigrants, H1B visa has become an extremely crucial issue from now on. Trump’s plan to re-negotiate foreign policies can have an impact on the Indian businesses. However, Trump’s new policies can bring fresh opportunities for Indian companies and can also help advance India’s objectives. After Trump takes the oath of the office, foreign policies will be seriously looked upon. As Trump has promised to make ‘America greater than ever’, the whole world is hoping to hear an essence of new policies in Trump’s inauguration speech after the ceremony.