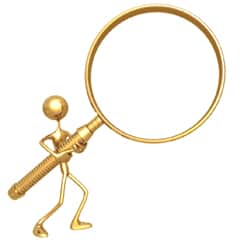 For years, the Indian IT industry’s fate was solely being decided by foreign markets, especially the US and European regions. Although, still these two markets together hold the lion’s share in the total IT revenues, there has been a gradual transition in this trend. With the economic downturn post 2008 significantly cutting down IT spending in the global markets, IT companies have been forced to look out for new avenues of sustaining growth. A part of the focus thus started shifting to the domestic market.

IT service providers are realizing the potential of the domestic market and are building specific plans to work with Indian enterprises. Industry experts point out that the domestic IT market is expected to grow at a CAGR of around 7% between FY10 and FY16 and reach more than $36 bn by the end of FY16. It’s predictable that most of the leading IT companies will be eyeing a share of the pie.

Until now, the domestic market for IT has not been a very happening space considering that the level of awareness has remained low and there hasn’t been much emphasis by organizations on discretionary IT spending. According to the BCG-CII’s 2013 report on IT Enablement of Indian Business, there is significant headroom in the addressable IT adoption opportunity for India Inc, and there are sizeable untapped opportunities across a wide spectrum of verticals.

The booming middle class population, rising income levels, changing spending habits, and the power of an—aware and connected—customer are together posing new threats as well as opportunities for Indian enterprises. Moreover, as organizations focus on core business objectives and in most cases are reluctant to hire internal IT staff, the need for specialized IT services has visibly gone up.

According to Praveen Bhadada, Senior Director, Zinnov Management Consulting, “The domestic IT services market is growing rapidly and companies are gaining maturity in terms of IT adoption. India is going to be a strategic market for IT companies and the next five years will be very important for the domestic IT space.”

If we look at the key segments for domestic IT services, the government sector should figure on top. The Indian government might have to do a lot of catching up when compared with the IT adoption of government organizations in many other developed economies, yet with many large e-governance projects coming up the opportunity in this space is going to be huge. Also considering that public sector organizations are increasingly looking at process efficiencies and cost savings, the case for IT services becomes stronger. Like enterprises, government organizations are also dealing with humongous amounts of complex and critical data, face budget constraints and need to improve the quality of services. Hence, IT clearly has a role to play here.

Additionally, enterprises across verticals like BFSI, telecom, retail and healthcare are increasingly realizing the need for IT adoption and spending is subsequently going up. EY India Attractiveness 2014 report states that Telecom Enterprises are migrating towards cloud computing platforms, in order to address IT service agility, based on software-defined networking and network functions virtualization technologies.

CIOs are struggling to demonstrate more value out of IT investments and are looking at innovative technologies that can help in delivering business outcomes. New technologies like cloud, analytics, and mobile are creating massive disruptions for enterprises of all sizes and across all domains. The combination of these forces also presents bigger opportunities for technology service providers to display their capabilities and attract clients in new technology areas.

Cloud computing adoption in the domestic market is still in the nascent stages but is a gradually picking up. There is growing demand for infrastructure-as-a-service offerings in data center and storage areas, and service providers are investing big on enhancing their cloud infrastructure capabilities.

According to EY’s Enterprise IT trends and investments survey, 56% of Indian CIOs ranked cloud services and IT consolidation as top investment priorities.”

Companies need a flexible and scalable IT model and are looking at options to reduce infrastructure and administrative costs. This is leading to growing acceptance of cloud computing among Indian businesses. “Cloud computing is relevant for Indian SMBs, due to their limited IT budgets and need to enhance operational efficiency and manage costs. Indian SMBs are expected to increase cloud adoption at CAGR of 20% between 2012 and 2016,” adds Sheth.

Social media is also a big opportunity area to watch out for in the coming years. According to research group Gartner, social media has witnessed enormous growth in the recent past with enterprises using it as a channel to interact and connect with their customers. Gartner outlines that much of this growth can be attributed to increasing Internet penetration—which reached 198 million users (including mobile) as of June 2013—making India one of the three most connected countries in the world.

According to Sheth, across Indian enterprises, typically 60% of the data stored is structured, while unstructured data makes up for the remaining 40%. The unstructured data in Indian organizations is expected to grow annually by 60%. “With time, there would be a growing need with organisations to decode these data,” he says. There is a lot of hype surrounding big data or analytics and most companies are claiming it to be a part of their IT transformation agenda, yet in reality it is still in the evaluation stage.

If we go by the numbers, SMBs are going to be key drivers in the IT spending growth. According to EY, India is home to more than 50 mn SMBs, out of which only 20% are technology-ready. The SMB IT spending is forecast to grow at a CAGR of 15% between 2012 and 2015 to $15 bn. Indian SMBs are increasingly relying on technology to improve different aspects of their business. “Increasing efficiency, finance control, improving competitiveness, reducing costs are some of the drivers behind technology adoption by SMBs,” Sheth points out.

Cloud technologies present a huge opportunity in the SMB space. There is growing demand for cloud services in areas like disaster recovery, remote database management and email hosting.

In another interaction, Sumeet Kapur, CEO, EmployWise, a SaaS provider, states that there is a transition of the software products business from the traditional on-premise software to the Software-a-a-Service or SaaS model of software purchase and delivery. “CEO and IT managers in SMB organisations are quickly realising the advantages of not having to buy, install and manage the running of business software systems and prefer the fully-managed service model that SaaS presents,” he adds.

The government sector holds enormous potential for IT adoption. Apparently, many large IT service providers in India are working on building their expertise in governance projects. There is increased spending on e-governance initiatives to upgrade technology infrastructure across all departments. According to EY, the government has set aside `230 bn on e-governance initiatives under the 12th Five Year Plan.

IT services is the second largest revenue generator in the domestic IT industry, after hardware, with about 38% share. If we add the software products and R&D segment which holds 12%, the combined revenue share would be 50%.

According to Sheth, IT services is expected to continue to contribute to a major chunk of revenue in the domestic IT market mainly driven by technology upgrades in BFSI, telecom, government and areas such as cloud, managed services, and unified communications.

There is also a visible transition in the service provider landscape. IT services players have moved beyond application development and maintenance services to offer a wide spectrum of services including infrastructure outsourcing, IT consulting and network integration services to domestic clients.

Application development and maintenance (ADM), consulting, system integration and product engineering services are the key segments in IT services. ADM continues to hold the biggest chunk of the IT services market. Bhadada points out that companies are looking at enterprise digitization and a lot of focus is being given on productization of ADM. Number of players like TCS and Wipro have also started offering dedicated consulting. “Once adoption starts on modern technologies, system integration market will also evolve”, he adds.

Many of the large IT service providers are increasingly seeing India as a strategic market. TCS has reportedly mentioned in one its recent reports that India is its fastest growing market. The company is visibly putting a lot of focus on its domestic market strategy. Over the last few years, it has bagged some large government contracts, including the one with India Post for computerizing counter operations, said to be worth around `11 bn.

Although companies like IBM, TCS and Wipro have been the early movers in the domestic IT services space, rivals like Infosys have also been catching up. In the previous fiscal, Infosys had signed a large contract with India Post to transform its financial services. But the share of its domestic revenues is still relatively on the lower side.

In government contracts, challenges are more as the contracts take longer to finalize and have long implementation cycles. For diversification, verticals like manufacturing, energy and BFSI will also be looked at. According to Sheth, manufacturing, energy, government, and BFSI verticals with a combined spend of 75% in FY14 led IT spending in India.

Challenges in the Domestic Play

Despite the attractive opportunities in the domestic IT services market, the ride is not a smooth one. There are serious issues that need to be tackled to cut deeper into the market. Awareness levels are still low, also issues like low internet speed and supporting infrastructure continue to hinder growth. Bhadada points out that there is low maturity in terms of IT adoption. “There is lack of willingness to pay for standalone services,” he adds

Also in the SMB space, though the scope for IT adoption is huge, there is lack of a clear technology roadmap and the processes are not mature enough to handle complex transformations.

There is need for a well-defined framework for IT adoption on part of the enterprises and at the same time service providers need to work more closely with enterprise organizations and develop specific plans based on their varying needs. Sheth points out, “The different stakeholders such as enterprises, IT vendors, and the Government need to come together to develop a more conducive ecosystem for technology investments.”

Posted by: Smita Vasudevan
View more posts
DOMESTIC IT OUTSOURCING: Grabbing Eyeballs 0 out of 5 based on 0 ratings. 0 user reviews.
IT Security: Need of the Hour
SERVERS: Betting on Revival

Alibaba Cloud announced that the core codes of Alink, its self-developed algorithm platform, have been…

Avaya Holdings Corp. has expanded its integration with Afiniti. This is to improve customer experience…