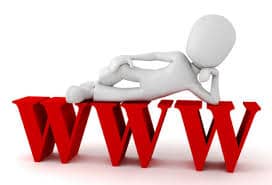 In 2017, the domain name industry in India has grown by 7.1% YoY as compared to 0.9% globally, taking the total industry count to 5.3 million in India versus 332 million globally, as of December 2017. Detailing the findings, the report threw up a few surprising numbers –

Additionally, the study by Zinnov, when aiming to understand the awareness and adoption of domain names among 200 SMBs across 3 Indian cities, discovered that 75% of the SMBs bought a domain name based on their ‘Company Name, while 85% of the SMBs used digital payment methods (Debit / Credit cards / Net Banking) to purchase the domain names. Over 70% of the SMBs showed a preference for .com over other TLDs. The major reasons for this preference are trust, global standards, and a professional image.

Speaking about the report, Pari Natarajan, CEO, Zinnov, said, “Technology continues to be one of the major transformative factors driving the Indian economy. Initiatives led by the Indian government to improve the digital infrastructure and hasten the adoption of digital services, coupled with increasing Internet user base and a flourishing base of technology-enabled SMBs, have helped India witness a faster growth in domain name adoption. This has helped India outpace the world in domain name growth over the last few years. With evolving customer mindset and increasing awareness levels about domain names among SMBs, more and more businesses are going online, thus offering a huge untapped opportunity.”

In terms of the geographical spread, the study further revealed that the Indian states with a high penetration of Internet users indicate a higher domain name adoption. Maharashtra, Delhi/NCR, Tamil Nadu, Karnataka, emerged as the top states, being home to over 50% of the registered domain name business in India.

Facebook to Train One Million SMBs in Digital Skills by 2020