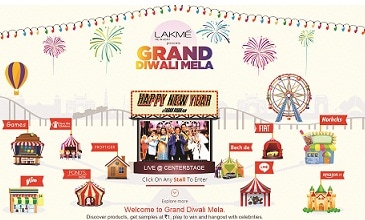 As e-commerce continues to lure customers with big discounts, offline retailers are crying foul. Yet the price wars are here to stay for some time, so what is the way out?

The digital wave has created a new set of customers that is rewriting the fortunes of retailers. As e-commerce takes the market by storm, online and offline retailers are locking horns in their attempt to woo customers. With their heavy discounts and attractive offers, e-commerce players are pulling in millions of customers, registering growth the industry has never seen before.

Of all other things, it is quite apparent that the pricing strategy of the players is the key to their success. The e-commerce revolution at present largely thrives on ‘discounts’. This festive season we saw the prices of electronic products and consumer durables hitting new lows on online portals, much to the delight of customers. Flipkart’s Big Billion Day sale reportedly generated revenue of 100 million dollar in 10 hours. Close competitors like Snapdeal and Amazon also matched steps slashing prices on their sites. In many cases the prices were said to be below cost price and went to levels unthinkable for traditional retailers. Apart from the excitement created among shoppers, these online sales have also been drawing flak from different corners of the industry. Brick-and-mortar players, worried at their dwindling sales volumes, have also accused e-tailers of resorting to unfair competition in the form of predatory pricing. Many argue that as online retailers slash prices beyond the acceptable levels of traditional retailing, the market is heading into a state of imbalance.

On many products, prices were 15-20% lower as compared to retail stores, generating a mad rush of shoppers on online portals. For offline retailers there seems to be no way to match these prices, unless they are ready to bear huge amount of losses. The question that pops up here is how ecommerce companies fund for these massive discounts. It must be hitting them hard somewhere, considering that the margins are almost non-existent. In fact, industry experts indicate that most players are actually incurring losses on every sale. “None of the players are making profits,” says Ashok Deendayalu, an industry veteran who is currently Founder and Principal Consultant at Mithras Retail Services. Profitability is clearly not the agenda for e-commerce players as of now. Even globally this has been the trend for e-commerce. “This is a phase where everybody wants to be able to cut into each other’s margins and garner traffic. Eventually those who are able to sustain will survive, but that is going to be just a handful,” says, Sandeep Ladda, India Technology Leader, PwC.

Despite their unattractive profitability quotient, these players have roped in massive funds from Venture capitalists and Private equity investors who are keen to be part of the e-commerce growth story. Hence the companies have sufficient funds to invest on attractive marketing campaigns, promotional offers and technology innovations. But the pressure on the bottom line is very much there. Ladda, says, “The current e-commerce model would not have worked out from a profitability standpoint.” The objective now is to aggressively increase traffic to the website and attract more and more customers, tie up with more and more suppliers, eventually converting retail shoppers to e-tail shoppers. Experts indicate that the current e-commerce model can’t last very long. Eventually companies will have to start thinking about profitability if they want to sustain their businesses.

Posted by: Smita Vasudevan
View more posts
The Discount Dilemma 0 out of 5 based on 0 ratings. 0 user reviews.
SALE! Not Really
Gartner Says More Than a Third of U.S. Adult Smartphone Users Use Their Smartphones for Video Calling

Unlocking the value of cloud computing in education

Envision a scenario where students from around the world can be part of a smart,…