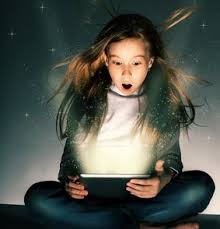 ‘The Future of the world is in my classroom today,’ says a wise quote by Ivan Welton Fitzwater, an American educator. The statement   indeed is true; nonetheless, with the emergence of digitization, the way one views a classroom has massively changed. Students no longer need to sit inside a classroom to gain knowledge, as they can do the same using their smartphones, tablets and computers.

One of the biggest sectors in the world that has been affected by digitization is the educational sector. Therefore, educational institutions have adapted themselves in order to keep up with the current digital world. As students are increasingly accessing devices to gain knowledge, leading educational institutions are developing apps and launching channels on YouTube so as to provide classes to their students online.

Google Classroom, which was probably one of the first online educational suites to be created, recently received new tweaks and updates to make it more efficient. The new updates include a classwork page, a comment bank to provide teachers with feedback, and the ability to copy and reuse previous classwork with other classes.

Indian institutions too have taken the initiative to move towards the evolving digital platform and are coming out with apps that are revolutionizing the way we parse information. Online education could save students time, energy and money as all they need to do is attend classes from the comfort of their homes. Here are five popular online educational classes in India :

This app brings skills training from NIIT classrooms directly to every digitally connected Indian for free. NIIT claims that it has made over 20 skill-based training programs in IT, banking and finance, retail and management available through this platform. “Learners across India will have access to the proven cloud campus learning enablers such as cloud courseware, cloud lab, online assessment and collaborative learning,” says NIIT. Anybody who owns smartphones, tablets or computers and have access to WiFi/2G/3G/4G connections may download the NIIT app and start the classes immediately.

BYJU’s claims to have around 16 million registered school students on its platform. Along with offering learning programs in mathematics and science for students between classes  4th to 12th, BYJU’s also has test preparatory courses for competitive exams like CAT, NEET & JEE, IAS, GRE and GMAT. BYJU’s Founder CEO, Byju Raveendran himself takes classes for students along with other teachers. BYJU’s also has tips and tricks for IAS aspirants from IAS toppers.

Khan Academy, which was started by educator Salman Khan in 2006, was one of the first educational academies to take the online initiative. The organization first started producing short lessons in the form of YouTube videos and now has an app as well. The Khan Academy also won the 2018 Google Play Best Social Impact award. Students can take mathematics classes with quizzes, and after each assessment, a personalized recommendation on exercises to focus on will be provided to students.

Along with offering courses in mathematics to music for students, Coursera also offers advanced courses like computer science (programming, mobile, and web development), data science (machine learning, statistics, probability), business (accounting, marketing, and entrepreneurship), sciences (robotics, chemistry, nutrition and medicine), and more. One can also earn a certificate from Coursera but that has to be paid for.

If you want Kiran Bedi as your educator, then Unacademy could be the place for you. Unacademy claims to have some top educators including Kiran Bedi, India’s first woman IPS officer and now the Governor of Pondicherry, on board. They also provide content for provide content for major competitive examinations like UPSC, SSC CGL, CAT, GRE, GATE, CA, JEE, Pre-Medical, Railways Examinations, etc. Unacademy was co-founded by Gaurav Munjal, Roman Saini, Hemesh Singh, and Sachin Gupta. Unacademy’s YouTube channel apparently has over 1.5 million subscribers.

Posted by: Supriya Rai
View more posts
Tags:digitization, Education
Digitization in the Education Sector: Five Best Online Educational Classes in India 3.6666666666667 out of 5 based on 3 ratings. 3 user reviews.
Are You Purchasing a Pre-Hacked Mobile Phone? Here Are 10 Warning Signs
Over 72% of Users Replaced their Existing Indian Brand Smartphone in 2Q 2018: CMR

IntelliPaat is an e-learning and professional certification company for software developers, IT administrators and other…