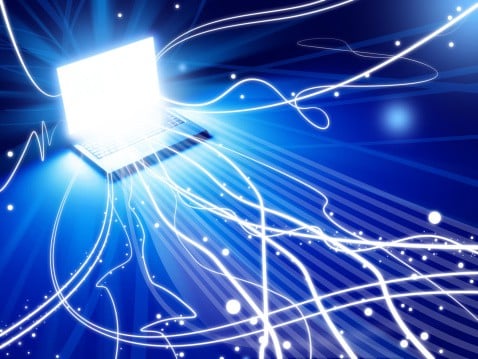 Gartner has been conducting a global CIO survey for more than 10 years, with the 2015 CIO Agenda survey reaching 2,810 respondents in 84 countries, and representing nearly $400 billion in IT budgets and a combined $12 trillion in public sector budgets and private-sector revenue.

“Eighty-two percent of CIOs in India agree that embracing an expanding array of digital opportunities brings with it a set of new, higher-level risks that 70 percent of respondents say the enterprise is ill-equipped to deal with. Eighty-five percent believe that they need to improve enterprise agility to deal with these risks,” said Partha Iyengar, vice president, distinguished analyst and head of research Gartner India. “Indian IT budget growth is projected to increase, And 74 percent of CIOs expect an increase in their IT budget.”

Forty-one percent of CIOs in India see themselves leading digital change within their enterprises, however, this is at odds with CEO expectations, with only 15 percent of global CEOs picking the CIO as the “logical” leader for digital business initiatives.

“The need for CIOs in India to move from a ‘command and control’ management style to a mentoring and ‘visionary’ management style is clearly recognized as CIO cited the need to decrease command and control and increase visionary management styles,” said Heminder Ahluwalia, executive partner with Gartner Executive Programs. “The 2015 Gartner CIO Survey clearly shows that Indian enterprises continue to expand their focus on, and expectations from, IT — a journey that started and has been accelerating over the past decade. India has evolved from an IT environment that was about 18 months to two years behind global trends at the start of the decade, to one where most trends in India are in sync with global trends. This is evident in many of the areas reported on in this research.”

In past years, the high IT budget growth has been an indicator of Indian enterprises playing catchup in their IT capabilities, including, or especially, infrastructure capabilities to support rapidly expanding enterprise demands for IT to be a key advocate (and in some cases, enabler and driver) of growth. The prior decades of IT underinvestment have left many enterprises unprepared for the explosion in expectations of IT from CEOs. The large budget growth is a reflection of the desire and willingness of business leaders to address this gap.

The continued massive growth of budgets in 2015 is likely fueled partly by the need for establishing fundamental infrastructure and capabilities, augmented by the new requirements posed by digital business opportunities, as evidenced by three of the Nexus of Forces technologies (cloud, mobile, analytics) figuring prominently in both Indian and global investment priorities.

CIOs in India will have to allocate a reasonable part of their budget growth to risk management initiatives, an area in which they have traditionally underinvested. The rapid rise of digital opportunities across industries brings with it an unprecedented increase in risk to the enterprise. Data sources, access and availability are more widespread in a digital world, and the ability to ensure adequate controls on this data and its use is rapidly slipping away from enterprises.

CIOs in India are seen to be in fairly consistent agreement with their global counterparts on the reality of new and increasing risks (82 percent in India versus 89 percent globally), risk management principles not keeping up (70 percent versus 69 percent) and the need to establish increased agility to respond to and contain risk (85 percent versus 83 percent).

Technology priorities to address the digital opportunities in India are fairly consistent with CIO priorities globally, with the top five initiatives being the same in India as they are globally. However, within the top five, it is interesting to note that the focus on mobile (No. 2 in India) is rated significantly higher than it is globally (No. 5). This is likely a reflection of the unique demography in India, with over 50 percent of the over 1.3 billion population being under the age of 25, coupled with the availability of increasingly affordable smartphones. Indian enterprises need to cater to this very young customer (and employee) demographic by providing digital access on mobile devices as the device of choice.

Posted by: DQINDIA Online
View more posts
Tags:CIO, digitization, gartner
Digitalization Has Moved To Center Stage For CIOs In India: Gartner 5 out of 5 based on 1 ratings. 1 user reviews.
A tale of two conferences
ISACA’s CRISC and CISM among the top 5 highest-paying IT certifications in 2015