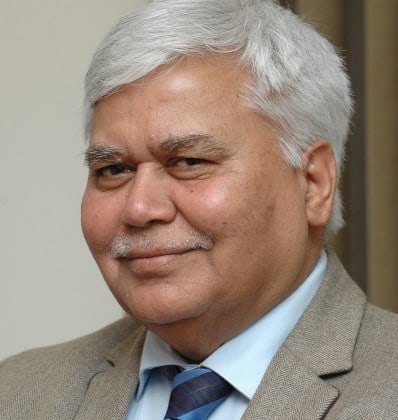 Is the Digital India plan an extension of NeGP of the previous government?

The Government of India has approved the Digital India program with a vision to transform India into a digitally empowered society and knowledge economy. Digital India is an ‘Umbrella Mission’—covering many departments, weaving together a large number of ideas and thoughts into a single, comprehensive vision so that each of them is seen as a part of a larger goal. Each individual element stands on its own, but is also part of the larger picture.

The National e-Governance Plan (NeGP) was approved in 2006 with a focus on electronic delivery of services. Twenty four (out of 31) mission mode projects under the NeGP are operational providing a wide range of services. It was felt that despite the successful implementation of several e-Governance projects across the country, it could not make the desired impact for delivering public services. Hence, a need was felt to enhance the scope and quality of e-Governance in the country by bringing in transformational government process re-engineering, focusing on integrated services, interoperable systems, and making best use of the emerging technologies. Therefore, ‘eKranti’ or NeGP 2.0 with a focus on electronic delivery of services was conceptualized.

What does Digital India plan mean for the average Indians?

Digital India program is centered on three key vision areas, namely, digital infrastructure as a utility to every citizen, governance and services on demand, and digital empowerment of citizens. The program would build holistic capabilities across the ICT infrastructure, electronics manufacturing, e-governance services, capacity building, and job creation.

Where has the Digital India plan reached? What initiatives is your department taking as part of the program?

How is Aadhaar, which will now be under DeitY, becoming an enabler for the Digital India?

The Aadhaar-based digital identity, which is unique, lifelong, online, and authenticable is an integral part of Digital India. The government databases will be in a standardized form, leaving additional features to be added if required, with provision for Aadhaar number for each individual in the database. Aadhaar platform will also be used for eKYC under various schemes. For example, it will be used under the Digital Locker and the e-Sign projects. e-Sign is a new initiative of DeitY that will allow every person to digitally sign an application form, document or certificate through a digital signature generated on the cloud using eKYC as the authentication mechanism. Aadhaar will also be part of the bank accounts opened under the ‘Pradhan Mantri Jan Dhan Yojana.’

What are the challenges faced by the government in executing the programme?

Some of the challenges include: lack of digital infrastructure; low degree of process re-engineering; weak standards and interoperability of e-Governance applications; weak monitoring and evaluation system; lack of last mile connectivity; and sub-optimal use of the existing core IT infrastructure.

How are 100 smart cities aligned to the Digital India drive?

Digital India envisages leveraging of information technology in smart city development across the country. Following are some important initiatives under Digital India for enabling smart cities:

Department of Electronics & IT, Govt. of India has developed several IT platforms and infrastructure, which could be leveraged for smart city development. These include GI Cloud Meghraj, Mobile Seva, PayGov India, etc.

What are the steps your department is taking for the ‘Make-In-India’ drive?

‘Electronics Manufacturing—Target Net Zero Imports’ is one of the key pillars under the Digital India program. The focus is on promoting electronics manufacturing in the country with the target of net zero imports by 2020 as a striking demonstration of intent. The Government of India has taken several steps to promote manufacturing and investment in this sector, which puts India high on the list of potential places to invest.

By when do you think India will have its manufacturing ecosystem developed?

Strengthening electronics manufacturing is an important component of the Digital India program. One of the important strategies for achieving this would be to encourage exports. Currently, India imports around $100 bn worth of electronic goods, which may reach to $400 bn by 2020. It has been decided to achieve net zero imports by 2020.

Since you’re a technologist yourself, how challenging or easy do you find this role? And what is your vision or dream of Digital India?

Digital India is a very ambitious program aimed at transforming the country through leveraging information and communication technologies in every sphere of economy and society. As the Department of Electronics and IT is playing a key role in this entire initiative by coordinating the implementation of the entire program, I find my role very challenging and satisfying.