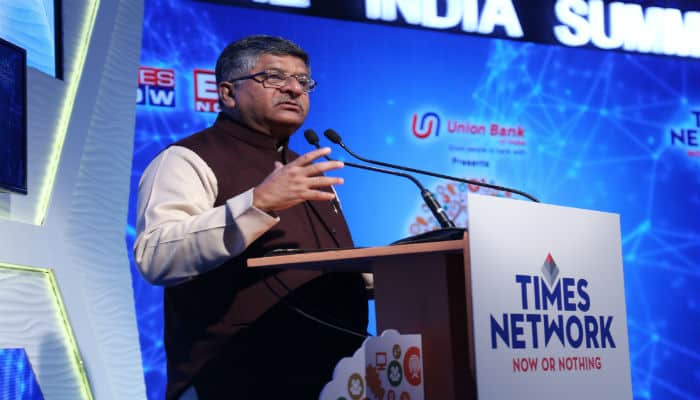 TIMES NETWORK, a part of The Times Group, launched the fourth edition of its ‘Times Network Digital India Summit and Awards 4.0’. The summit aimed at deliberating on key challenges and laid out key imperatives and framework for turning the vision of ‘Digital India’ into a reality, through a series of panel discussions and deliberations.

Talking extensively about the growth, opportunities and possibilities of the digital connectivity in India, Honorable Union Minister for Law & Justice and Electronics & Information Technology, Shri Ravi Shankar Prasad stated, “Digital India which is a flagship initiative the government is designed to empower and to help the poor and the underprivileged. We are focusing on providing the affordable and inclusive digital media to the masses. Today we have well over 1 billion mobile phones in the country with 350 million being smartphones which defines the digital identity of the nation. Low cost technology for inclusive growth is crucial.” The Honorable Minister also touched upon the benefits of digital India in the wake of enrolling Aadhaar. He added “With enrollment of 1.18 billion Aadhaar cards, we were able to save 49,000 crore of the exchequer which was previously looted by the middlemen in the public distribution system.” Further talking about the inclusion of the digital resources, he highlighted that India has digital aspiration, appetite and customer. We are heading towards a revolution of digital media in this country.”

Rajkiran Rai, MD and CEO, Union Bank of India said, “Digital India is one of the biggest government programs in the world to bring about sustainable and inclusive societal transformation using digital technologies. The process of making India into a trillion-dollar digital economy has begun and Digital India is making this dream a reality. We at Union Bank are committed to help India achieve its digital vision. We are proud to partner Times Network for the last 3 years in this impact initiative.”

The summit also had discussions on the vision of 5G in India and how Fintech has helped in the growth of Digital India.

Aadhaar Verdict: What are the Pros and Cons of Making UID Mandatory

The historic Aadhaar verdict, which was being awaited by over a billion Indians who have…