Innovation for many companies is always a thought which needs to see the course of action. When you are a part of an R&D team or you head the department, or you think of innovating, It’s not about coming up with new ideas (Everyone has got them) it’s about how fast you can convert them into actions. In the context of this, here is how I think digital disruption and open source are the new driving force behind technology innovation.

The process of converting an idea into innovation involves multiple steps and depends on many factors. Considering the influence of technology in this process, the following are the important aspects.

Ease of building a PoC or Prototype for this idea

The most important part of building a prototype is how quick you can get it ready in order to prove the idea is practical. This decision can be made easy if you have platforms, datasets, algorithms, code snippets, etc ready to use. Opensource makes it possible; Github alone hosts millions of opensource projects. Tools like Python, Kafka, Spark, Hyperledger are driving the innovations across the domains in technologies. The reason for selecting these tools is simple: they have thousands of contributors which makes it easy to build prototypes.

The cost of building the prototype

As innovation is a process and a result both, the overall cost is a direct cost to the business innovating as the result of that innovation is unknown. This becomes a primary factor in most situations and innovations are stopped either at the ideation phase or in the prototyping phase. In fact, according to Gartner, especially in the latest trends like blockchain, out of every 100 ideas generated: only 30 turn into PoC, only 10 or less convert into a project and less than 5 come into the market. That is less than 5% of ideas going live. One of the biggest factors is cost, as the tools available to prove the concept are limited, opensource frameworks are leading in blockchain yet not enough in numbers for ordinary developers to adopt. This proves that opensource is driving blockchain-oriented innovations. A simple example is if you decide to innovate a trading algorithm, and test if it works what would you pick up as a technology for building this prototype? Those proprietaries and extremely expensive trading platforms (Not to name any) or free of cost opensource initiatives that can not only give you the results quickly but also allows you continue to build around that prototype till it turns into the product.

As described above, time to build a prototype though does not define the future of innovation but gives a fair idea about the process of innovation. While we talk about the high-level cost and time benefits of using opensource technologies for innovations it is very important to look at the ground realities of them.

Teams that actually take those ideas and shape it into products

Most of the time in many engineering innovation-oriented companies, which has a dedicated R&D department, the teams are given a certain time to build a prototype. Being part of one of such teams I can personally tell you the first thing we do is to look for opensource solutions which can allow us to speed up the process of creating prototypes. This is a norm in R&D departments in the entire industry.

Most of the opensource technologies revolve around some well-known opensource languages such as java, python, perl, C, C++, scala and databases choices are usually MySql, PostgreSQL, MongoDB, Cassandra, CouchDB, etc. Learning and understanding them is relatively easy and supported by a strong community for each of those technologies.

An old saying which dates back to almost 380 BC and has been revised and used in multiple conversations is “Necessity is the mother of innovation”. Disruptive technologies are the necessity of every business today and hence they drive the innovations. The confidence of making the technology innovation happen and that an idea can be transformed into reality is given by opensource technologies. 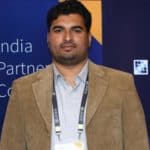