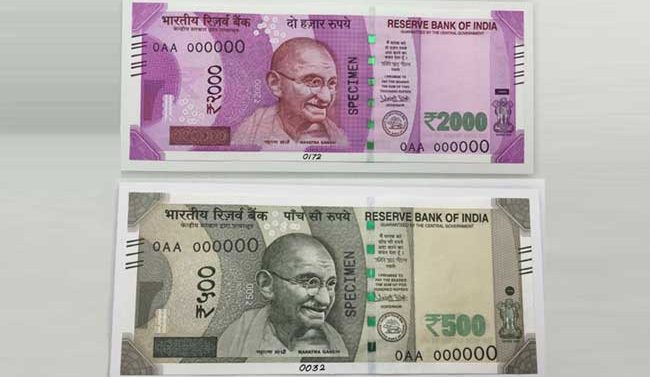 The historic decision taken by Indian Prime Minister Narendra Modi on 8th November 2016, announcing demonetization of Rs 500 and 1000 currency notes is a vital and most brave decision to check black money, unaccounted Income and corruption, these issues were the major backdrop for many new and young businesses and entrepreneurs in India including startups.

After announcing the Demonetization of Rs 500 and 100 on 8th November 2016 many of the traditional markets found it difficult to operate due to cash crunches and cash limitations in the hands of consumers and in response to this online shopping and transactions suddenly boomed. It is a great move for startups of the country and thus increases the potential of online market size especially when it will be followed up by GST. Though many of the consumers had a difficulty with ordering products on Cash on delivery but this is only a short term difficulty and should be tackled soon.

While the startups are facing short term problem for cash on delivery option but this is only a short term inconvenience and one cannot overlook long term financial and economical benefit. Startups in field of online payment, cash wallet mobile wallet etc and transaction from Debit card and credit card have been influenced positively in a great extent. Most of the small vendors, tax and auto drivers have been using as online payment method and that has considerably lessened the cash problems with general people.

Delhi based Corporate Law Expert and Advisor to start up companies Mr. Sameer Rastogi said “It is indeed a very bold and extremely promising step towards financially strong and cash less Economy and definitely be beneficial for the growth of all the startups in the country. There is a surge of online transactions and this is a good symbol for thousands of mobile integrators and online wallet companies. The step has also ensured fast adoption of digital payment systems among the masses even in tier-II and tier-III markets, which will help to fulfill digital India mission as well. Mr Rastogi added the step will ensure many new business opportunities for genuine trade to grow and will help startup ecosystem to flourish in a dynamic way in next 12 months”

Online Fashion Portal “Secret Dresser’s” founder Ms Dimple Mirchandani said – “It is safe to say that this move by the Government will prove to be profitable for E- commerce businesses in the coming time. It can be said that the drive will push consumers to opt for digital transactions thus promoting online sales. Ours is the luxury fashion segment which definitely witnessed an increase in sales post the announcement, due to the onset of wedding season and sudden withdrawal of currency. It is sure a turning point for several online startups and the economy as a whole & may eventually help in strengthening the system and bringing more transparency in the Indian market ecosystem.”

“How demonetization and war on black money can be channelized by government to boost overall startup scene and not just digital wallets and payment gateways, Here is a radical thought, what if Government starts a scheme where Black money can be converted into white without any penalty if that money goes to fund seed and early stage startups, it will not only solve a big problem of availability of seed investments which a healthy startup ecosystem needs, it will lead to many new startups, increase in employment and hence will help mitigate the expected dip in GDP in next two quarters . at the same time it will lead to culture of risk capital chasing opportunities leading to real economic growth versus just investments in secondary markets and asset classes like real estate.” ( Sameer Agarwal, Founder VOIZD – Voice without fear )