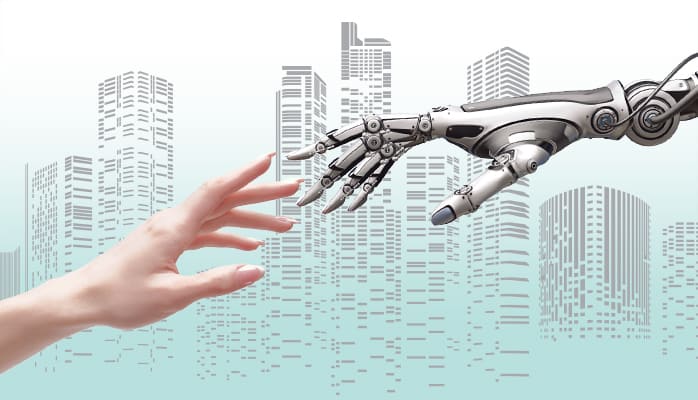 In 2030 every organization will be a technology organization and as such businesses need to start thinking today about how to future-proof their infrastructure and workforce, according to a report published by Dell Technologies. The research, led by the Institute for the Future (IFTF) alongside 20 technology, academic and business experts from across the globe, looks at how emerging technologies such as artificial intelligence, robotics, virtual reality, augmented reality and cloud computing, will transform our lives and how we work over the next decade. The report, titled ‘The Next Era of Human-Machine Partnerships’ also offers insight on how consumers and businesses can prepare for a society in flux.

The report forecasts that emerging technologies, supported by massive advancements in software, big data and processing power, will reshape lives. Society will enter a new phase in its relationship with machines, which will be characterized by:

· Even greater efficiency and possibility than ever before, helping humans transcend our limitations

· Humans as “digital conductors” in which technology will work as an extension of people, helping to better direct and manage daily activities

· Work chasing people, in which by using advanced data-driven matchmaking technologies, organizations can find and employ talent from across the world

· People learning “in the moment,” as the pace of change will be so rapid that new industries will be created and new skills will be required to survive

Dell Technologies commissioned the study to help companies navigate an uncertain world and prepare for the future. Today, digital disruption is ruthlessly redrawing industries. For the first time in modern history, global leaders can’t predict how their industry will fare further down the line. According to Dell’s Digital Transformation Index, 61% of APJ business leaders have experienced significant disruption to their industries as a result of digital technologies. And more than half of businesses believe there’s a possibility their company will become obsolete within the next three to five years.

“We’ve been exposed to two extreme perspectives about machines and the future: the anxiety-driven issue of technological unemployment or the over optimistic view that technology will cure all our social and environmental ills,” said Rachel Maguire, research director, Institute for the Future. “Instead we need to focus on what the new relationship between technology and people could look like and how we can prepare accordingly. If we engage in the hard work of empowering human-machine partnerships to succeed, their impact on society will enrich us all.”

“Digital disruption and the acceleration of emerging technologies such as artificial intelligence, augmented reality (AR), virtual reality (VR), robotics, the Internet of Things (IoT) and cloud computing will shape our reality and the future of business for our customers”, said Rajesh Janey, President and Managing Director, India Enterprise, Dell EMC. “Dell Technologies partnered with Institute for the Future (IFTF) look at “The Next Era of Human-Machine Partnerships”. This report paints a picture of machines offering speed, automation and radical new efficiencies, while humans will contribute the contextual and creative thinking and complex problem-solving skills that technology cannot replicate. By 2030, we will effectively become “digital conductors” of machines that power the vast majority of our personal and professional lives”.

Other report highlights include:

· In 2030 humans’ reliance on technology will evolve into a true partnership with humans, bringing skills such as creativity, passion and an entrepreneurial mindset. This will align with the machines’ ability to bring speed, automation and efficiencies, and the resulting productivity will allow for new opportunities within industries and roles.

· By 2030 personalized, integrated artificial intelligence (AI) assistants will go well beyond what assistants can do now. They’ll take care of us in predictive and automated ways.

· Technology won’t necessarily replace workers, but the process of finding work will change. Work will cease to be a place but a series of tasks. Machine learning technologies will make individuals’ skills and competencies searchable, and organizations will pursue the best talent for discrete tasks.

· An estimated 85% of jobs in 2030 haven’t been invented yet. The pace of change will be so rapid that people will learn “in-the-moment” using new technologies such as augmented reality and virtual reality. The ability to gain new knowledge will be more valuable than the knowledge itself.

“With technology fundamentally changing the way we’re able to connect and collaborate, it’s important to understand how and where this relationship could go,” said Alok Ohrie, President and Managing Director, India Commercial, Dell EMC. “Thanks to machine learning, we’re entering a new era, full of fresh possibilities for mankind. If you imagine this partnership [between humans and machines] transforming the world which is more intuitive to our needs, it’s possible to imagine a future in which machines become extensions of ourselves.