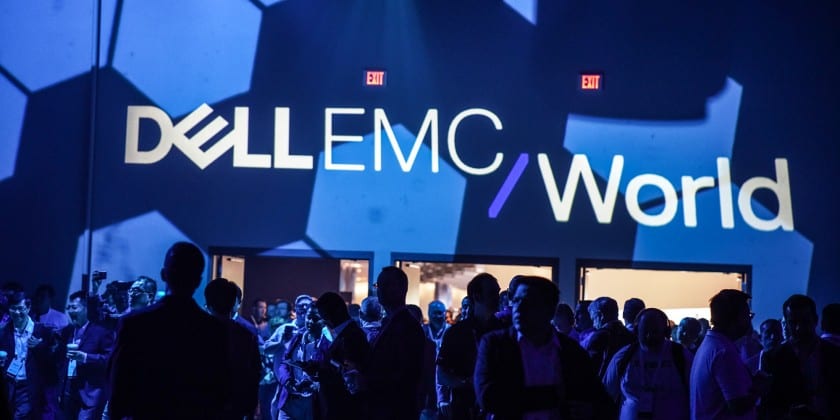 Dell Technologies, the company formed out of the merger between Dell and EMC, held the first edition of its annual showcase for customers, technologists, partners, and influencers at Las Vegas in May. With over 13500 attendees from 122 countries, Dell EMC World 2017 (DEW 2017) could contend to have been one of the largest shows in IT. 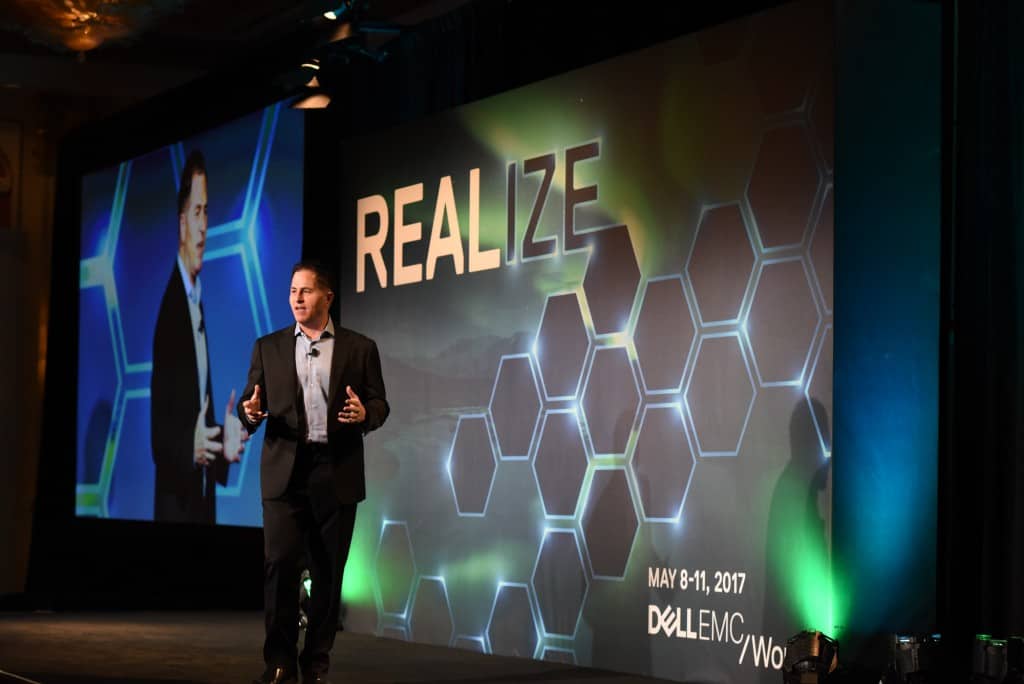 The IT Transformation Gospel,  According to Dell EMC
According to David Goulden, President- Dell EMC, CIOs are constantly looking for cost reduction and innovation and when they look at IT transformation, they would inevitably end up in hybrid cloud. But how does one get there? Said David, “IT transformation essentially has three parts: modernize data center, automate service delivery, transform IT operations. This is what Dell EMC helps to achieve.” This kind of differentiation based on best approaches for different application workloads that David mentioned is the cornerstone of Dell EMC’s hybrid IT or cloud and on-premise vs. off-premise strategy. To round out this approach, David said that Dell EMC’s approach is to have the most suited cloud model available for all applications.

Gearing Up the Modern Data Center
Let’s take a look at Dell EMC’s infrastructure strategy and product offerings. The key attributes of a modern data center are: flash-based, scaleout, software-defined, cloud-enabled, and trusted. The fastest and easiest way to achieve this is through converged and hyperconverged infrastructure made up of blocks, appliances, and racks. Examples include Vblock, VxBlock, VxRack, VxRail and others. Citing an example of Dell EMC’s speed in this area, David said that VxRAIL was launched a year ago, today VxRail 4.5 is the leading hyperconvergence product in the market with cloud pricing (no cash upfront, no long-term obligation, simple payments) available for the product.

Besides the converged infrastructure offerings, Dell EMC’s product portfolio for data centers covers servers, networking, data protection, and storage. In areas such as networking, the emphasis is on software-defined approach. For example, VMware NSX is a network virtualization and security platform, VSAN is a storage virtualization platform, David said.

The Shiny New 14G Server
The key highlight at DEW 2017 was the preview and announcement of summer launch of 14th generation of the PowerEdge server portfolio.

According to the press release on the launch, the newly designed 14th generation of servers form a secure, scalable compute platform that is the ideal foundation for cloud, analytics, or software-defined data center initiatives. The new portfolio delivers innovation in three key areas:
• Scalable business architecture optimizes data centers for a wide variety of new and emerging workload requirements
• Intelligent automation via expanded APIs and the OpenManage Enterprise console enable IT to spend more time on higher priority work
• Integrated security protects customers’ businesses and data for the life of the server

“In today’s digital economy, technology must transform at the speed of business to develop and deploy new applications, optimize resources, and deliver an ideal customer experience,” said Ashley Gorakhpurwalla, President- Server Solutions Division at Dell EMC. “With our leadership in server technology innovations, the newest generation of PowerEdge servers are the bedrock of the modern data center.”

The new scalable business architecture of Dell EMC PowerEdge servers enable customers to meet dynamic business needs with performance optimized for traditional and cloud-native workloads. The new Dell EMC PowerEdge server portfolio is enhanced to:
• Increased application performance and response time – With 19X more non-volatile memory express (NVMe) low latency storage than the prior generation, Dell EMC claims to lead the industry in driving industry standards in NVMe via Express Flash
• Quick and easy deployment – One-click BIOS tuning enables quick-and-easy deployment of many processing-intensive workloads
• Access to the right data at the right time – With enhanced storage capacity and flexibility, customers can tailor their storage configurations to their application needs, this is especially critical in a software-defined-storage (SDS) environment.

Would Dell EMC Be Able to Deliver?
Eight months ago, in September 2016, the $67B merger between Dell and EMC was completed. It was the tech industry’s biggest merger ever, done against the backdrop of disruptive change in the tech industry, with the merging companies representing the old order rather than the new one.

Most mergers in the past in tech have not been successful and the larger the companies involved, larger are the stakes and slimmer are the chances of pulling it off.

One undisputed trend in enterprise IT is that public cloud vendors (such as AWS, Microsoft, Google) are eating the lunch of traditional IT infrastructure players like IBM, Oracle, HPE, and Dell EMC. Public cloud is the biggest threat that Dell EMC has to face up to. Michael Dell mentioned in his keynote that public cloud is twice as costly than on-premise, everything cannot be done on public cloud, he referred to it as the ‘boomerang effect’. Dell EMC’s best response to this threat is to offer a range of IT infrastructure consumption models on pay-for-usage basis. The company does not plan to offer a public cloud service yet; it may even not be the best competitive maneuver. But the threat of public cloud remains a big one.

Even though it is too early to pronounce a verdict, we can begin to catch some early signals on the success of the merger based on the content, messages, and the flavor of conversations at DEW this year. Dell EMC has begun its journey well, packed the right stuff, started out in the right direction, with seemingly the right maps and weather details. Thumbs up on this one, at least for now. Dell Technologies family of businesses is poised well to deliver modern and secure IT infrastructure across the edge, the core, and the cloud to serve variety of computing workloads. With the sheer breadth of its product portfolio, the renewed partner strategy, the network of global alliances and their solutions portfolio, and the continuing investments in R&D, it is expected that Dell EMC is outvoted by its customers.

NTT Ltd. in India announced the opening of its new hyperscale data centre campus in…