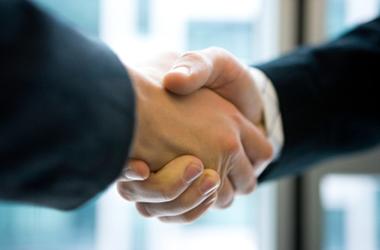 This is the largest ever acquisition in the technology industry. In fact, it is the sexiest event in business technology, the ‘smoky and sooty’ part of tech, compared to the ‘shiny and showy’ consumer tech.

Strange are the ways of finance; it does not respect history. The $67B Dell-EMC deal went through at a price far higher than the market capitalization of HP, which stands at nearly $53B. The Dell-EMC combine is in many ways very comparable with HP, except for the printing business of HP. The Dell-EMC combine is comparable to the new entity, HP Enterprise, except for the PC business of Dell. But note the fact that the valuations of enterprise IT companies are low in general. This raises the question whether Dell overpaid to get EMC.

Now that the marriage has been announced, there are several questions that emerge.

First, the world would want to judge whether the move was the right one or not. There is nothing right or wrong or good or bad about this, but maybe the ‘right’s and ‘good’s outweigh. The Dell-EMC line-up greatly advances coverage both in terms of customers as well as capabilities. It is a win-win for both companies.

Both companies needed the merger to happen.

With dwindling fortunes in the PC business and being a late entrant into consumer devices, Dell has been looking to scale it big in the enterprise IT business. Dell had cobbled up a set of acquisitions to round out its products and services portfolio. Perot Systems, Compellent, Quest, Force10 are some of the key acquisitions made by Dell over the past few years to become an end-to-end enterprise technology provider. To be more flexible and agile and to avoid the public glare, Dell also went private more than a year ago.

EMC, an East Coast company, founded nearly four decades ago rode the storage wave like Intel did with the PC. But with storage costs plummeting, with the rise of public cloud vendors, and with rise of open source software, EMC’s storage and data processing business had troubles despite an overall increase in demand for storage due trends like big data. EMC, therefore, wanted to look at other pieces of data center technology to keep growing. It went for a federated structure and had companies like VMWare, RSA, Pivotal, Virtustream, and VCE under its fold.

Second, the Dell-EMC combine does not alter the vendor landscape in any significant way. For customers, it is just another company to buy from. It will be a while before Dell is able to digest the package of products and technologies to come up with very different value propositions for its clients. Sure, the deal helps Dell acquire many new customer accounts from EMC’s installed base. This alone would help Dell to advance the overall coverage of its enterprise business.

Third, a merger of this size is too complex and time consuming to integrate. Even creating the roadmap for alignment and integration is complex, let alone rolling it out in the real world in terms of R&D, sales, solutions, and channels. Aligning product and technology roadmaps will take time and by that time the market would have moved ahead.

Maintaining multiple versions of products might help in the short term but it creates an overhead for the future. For instance, in storage alone, Dell would need to have dedicated resources for its Compellent-based SC line, FluidCache for SAN, EqualLogic-based PS Series, and PowerVault line and similarly EMC’s product families which include VMAX, VNX, VSPEX, Isilon, XtremIO.

Fourth, enterprise IT is being disrupted by new companies like Nutanix (existing Dell partner), Cumulus Networks, Illumio, HortonWorks, AppDynamics, and Box amongst others. These companies are still under the radar, but they can significantly alter the balance of power within a few months. These companies are fundamentally redefining the older ways of technology and are poised to create web-scale hyper-converged infrastructure to handle next generation workloads.

Lastly, Dell had just about begun to fully orchestrate itself as an enterprise solutions company. It had taken the company nearly four years and more to change itself from a PC vendor to an enterprise IT company. In fact, in many geos, the transition may not be complete yet. It remains to be seen whether new Dell is strong in its knees to withstand the weight of Dell and EMC.

The merger between Dell and EMC, even if it is not by design, is a symptom of the crumbling of the traditional enterprise IT stack, driven by forces of convergence. Vendors who specialize in specific/ discrete layers of the erstwhile enterprise stack will have no room in the future. In that sense, the Dell-EMC combine augurs well for the future.