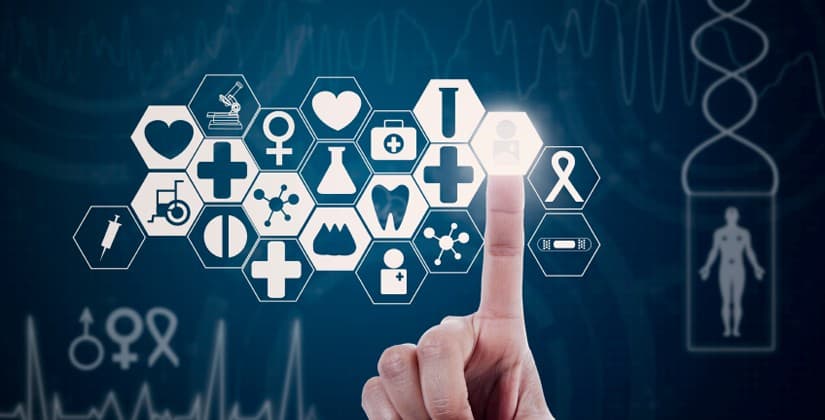 MMHC program will be used to screen women above the age of 35 for NCD (Non Communicable Diseases). According to the WHO, NCDs account for 60% of the total deaths in India. Heart disease, cancer, diabetes and respiratory diseases are fast overtaking infectious diseases and malnutrition which were the main disease burden. In this context of rapidly growing lifestyle diseases, a shift from curative to preventive care is being recommended.

MMHC is a Government of Andhra Pradesh, Health, Medical and Family Welfare Department program. The program is being launched in more than 7000 health sub centers and would be used by 12000 health workers to screen approximately 9 million women in the next 6 months. Dell EMC is the technology partner that will provide the software solution for MMHC, consisting of the tablet application for the health workers, the web apps for the secondary level and tertiary level doctors, and dashboards for the health officials. The solution is run and managed by the Health Department on NIC cloud infrastructure. In September 2015, the United Nations announced the 2030 Agenda for Sustainable Development, comprising 17 Sustainable Development Goals (SDGs). India is one of the countries that has committed to working towards achieving the SDGs by 2030. Good health and well-being is number 3 on the SDG list. By working towards improving women’s health, the MMHC initiative is an important step forward in this direction.

Sarv Saravanan, Senior Vice President, Dell EMC said, “It is heartening to see that comprehensive women’s health programs are being launched by the progressive Andhra Pradesh Government. We are happy to associate with the MMHC program and provide the best in breed technology that is critical to making this a roaring success. We wish the MMHC team and the AP Government the best of luck for implementing this initiative successfully and look forward to partnering with them for similar projects in the future.”

MMHC is a progressive, innovative program to preventively screen and follow up on 9 million women for seven NCDs – oral, breast and cervical disorders, hypertension, diabetes, hormonal disorders and vision disorders. The program is designed in a way so that suspicious cases of probable NCDs are referred up by healthworkers to designated hospitals for secondary screening, and a small percent of those are referred up further to select hospitals for tertiary screening. Using more advanced clinical procedures, the doctors will confirm the diagnosis where relevant and begin treatment.

“In our country there is an urgent need to improve basic healthcare services to women, a program like Mahila Master Health Checkup will surely improve women’s access to healthcare and reduce morbidity among them. This partnership is a true example of technology driving human progress. Through this partnership we would like to provide the advanced technology that would improve and support mobile healthcare that would expand the access to healthcare services in remote areas in AP. We would like to congratulate the MMHC team and the Andhra Pradesh Government for introducing a unique and comprehensive healthcare program for women in AP” said Rajesh Janey, President- Enterprise, India and SAARC, Dell EMC

The benefit of such a program is that all these diseases which can be serious or fatal at late stages can be treated successfully if caught early. Given the increasing incidence of NCDs in the country in the rural areas, such a screening program will serve to catch all suspected cases early and begin treatment if needed. It will also increase awareness amongst the citizens and the healthworkers on early symptoms, and preventive actions to be taken. The focus on most health programs for women is on maternal health, so women in the age group of 35+ tend to get neglected. By targeting these women, this program will ensure that the entire family will benefit by having the women of the household be healthy and strong.

This program is completely free for all women in the target group. The added benefit is that it is a universal screening program, and healthworkers will proactively go out and ensure every woman is screened. Women who are referred up for further diagnosis and treatment are also not charged for this.

MMHC program is the next version of the Mee Arogyam solution. Dell EMC’s Mee Arogyam solution was launched last year by the Honorable Chief Minister of Andhra Pradesh on August 15th, 2015. It was piloted in Visakhapatnam district, in 516 primary health care centers and is being used by over 800 health workers, doctors and health department staff and officials.