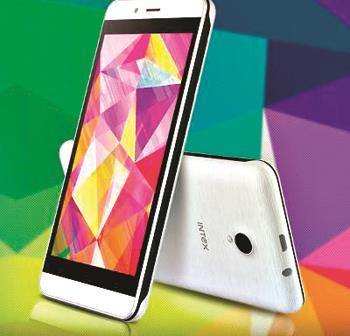 In a landmark case, the Division Bench of Hon’ble Delhi High Court has set aside the single Bench order which had barred Intex from using Trademark “AQUA” on its mobile phones. While allowing the appeal filed by Intex Technologies against the order passed by the Single Judge on 24th December 2016 and dismissing the injunction application, the Hon’ble court concluded “we feel that the respondents (M/s AZ Tech and Peace Zone (HK) Ltd.) have neither made out a prima facie case in their favour nor is the balance of convenience in their favour. In fact, irreparable injury would be caused to the appellants (Intex) if an injunction were to be granted or continued. And above all, the conduct of the respondents has not been honest, to say the least. This by itself disentitles the respondents from getting an order of injunction in their favour.”

While deciding on the matter, the Hon’ble Court opined “We are of the view that AZ Tech has not been able to establish that it has a goodwill/reputation in the mark in August 2012 when Intex launched its product under the mark “AQUA”.

The Court found that Intex had prominently used its house mark INTEX on its mobile phones and the prominence given to INTEX was as much, if not more, as that given to AQUA. This added matter was prominent and distinct so as to dispel any chance of confusion. According to the Court, the added matter was sufficient to distinguish Intex’s products from those of AZ Tech.

The court also made several observations on the dishonest conduct of the respondent (M/S AZ Tech) in copying the font and style of the logo used by Intex. The court was of the view that the AZ Tech’s conduct was dishonest and this would disentitle the respondents to remedy of injunction. The court noted that no explanation was forthcoming from the respondents for their act of deliberately copying the Intex logo in style, font and colour scheme., The Court also found that the Respondents’ conduct of using the ® symbol, despite the fact that the mark was not registered in India, was also not honest.

The Court also looked at Intex’s sales figures running into thousands of crores and found that the balance of convenience was in Intex’s favour and that irreparable injury would be caused to Intex by an injunction.

Based on the Respondents’ conduct, the court also noted that instead of Intex passing off the respondents’ goods, it appeared to be the other way around and went on to observe “Prima facie, this would amount to a deliberate act of copying in an attempt to ride on the reputation and goodwill of appellant (Intex).”