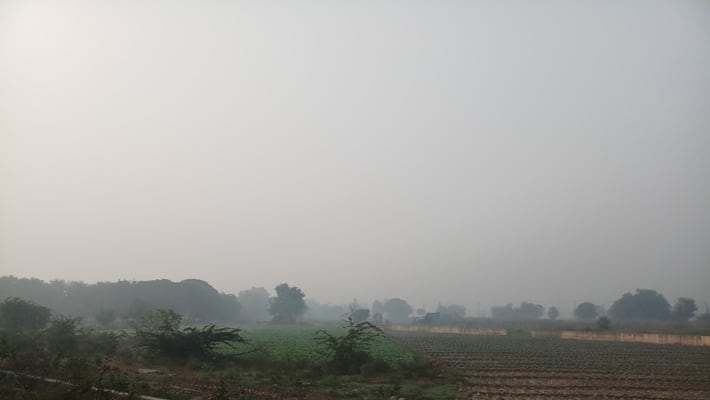 The persistent problem that people of Delhi face around this time of the year is back yet again. The Delhi air pollution problem has become an alarming issue as the Air Quality Index (AQI) goes from poor to worse with every passing day. The AQI recorded today stood at 252.38 according to data released by Central Pollution Control Board, which indicates that the quality of air is in the ‘Very poor’ category.

Furthermore, the problem is stated to get worse with the festival Diwali around the corner and stubble burning in neighboring states blazing on. Such is the magnitude of Delhi air pollution Environment Pollution Control Authority (EPCA) said private cars will be stopped from plying in the capital if the situation continues to worse.

Also Read: What the Apple iPhone XS Can Do for the Delhi Air Quality Conundrum

Nevertheless, one must wonder why all the action and control measures in place are applied after a problem has established itself rather than applying remedial measures. For instance, with technologies like Internet of Things (IoT) and Artificial Intelligence (AI) in place, air pollution can be forecasted in a certain area and remedial actions can be taken before a situation goes from poor to worse.

Cities like Beijing that grapples with the worst kind of air pollution are trying to tackle the problem with IoT and artificial intelligence technologies. Connected sensors have the capability to measure exactly where the pollution is coming from, help identify factors that contribute to it and eventually aid in developing solutions to reduce it.

Factors contributing to pollution are emissions from vehicles and industries, pollen levels, the weather, humidity, temperature, traffic levels, and so on. IoT and artificial intelligence technologies make it possible to combine all these insights with historical data to pinpoint trends and ultimately reduce pollutants, says a blogpost on IBM.

For example, IBM’s Green Horizons initiative currently in play in Beijing uses connected sensors to collect data around traffic levels, exhaust fumes, weather and humidity. A cognitive forecasting system then uses this information alongside historical pollution data and weather data to predict air pollution levels in the coming days. Finally, these insights inform various test scenarios for reducing pollution, says IBM. While the data is too complex for human analysts to be able to detect patterns, AI and IoT technologies are able to digest big data in order to pinpoint trends. After conducting predictive analysis, the system is able to make forecasts far more effectively than ever before, adds the blog.

Sensors like this can be placed in every lamppost across the city to capture data on the kind and cause of pollutants, similar to that of the ‘The Array of Things’ project being applied in Chicago.

Apart from IBM, Intel too has launched products to tackle the issue of air pollution. Intel and Bosch have teamed up to create a system that enables real-time analysis of ambient air pollution. The Intel-based Bosch Air Quality Micro Climate Monitoring System (MCMS) uses sensors and software to rapidly measure air quality parameters, which then provide city councils with meaningful data and insight, says Intel.

Despite all that is said, for India to truly move towards the ‘Digital India’ era and for creation of smart cities, it is extremely important to put into place measures that are built on IoT and artificial intelligence. Rather than applying actions to control pollution, government organizations need to start taking precautionary measures for it would be more prudent to do so and will help save a lot of lives.