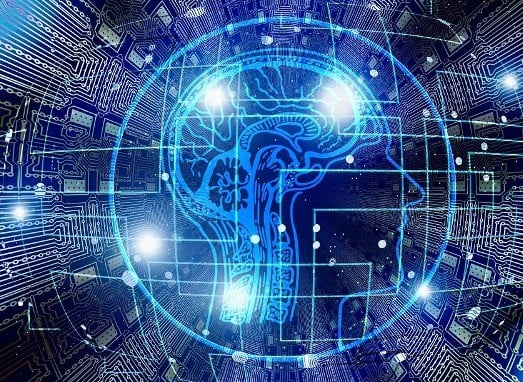 For India, the journey of embracing digital transformation via the usage of technology has been a long one. The foundation for a new wave of emerging technologies in the public sector has been laid well by flagship programs such as Digital India, Smart Cities, StartUp India, Skill India, etc. and the efforts put in by stakeholders have resulted in milestones like the creation of the world’s largest rural broadband network, largest digital identity system, largest direct benefit transfer system and of course, the citizen engagement platform MyGov.

The success of the aforementioned initiatives has been crucial in laying the foundation for new-age technological solutions built around artificial intelligence (AI), Internet of Things (IoT), machine learning (ML), blockchain, etc.

From the development of AI and ML as concepts to their modern-day appeal of almost infinite potential, when it comes to turning around how a functioning society performs – the commercial applications of Deep tech are massive. From ticket sales on mass transit, to information regarding local tax, road sensors, etc. cities today, have a wealth of available data sources. Addressing critical societal challenges and fielding tangible benefits for citizens, when it comes to priority areas like healthcare, disaster management, and public security, there is an overwhelming opportunity for India to emerge as a leader of development of products and services in the said space.

We know very well that a significant amount of public infrastructure is either under-utilized, over-used or even used in the most inefficient manner possible due to the scarcity of real-time data amongst management and government agencies.

One can take the example of urban spaces — wherein, anyone, who has a car, knows how parking means at least 10 minutes of driving around in circles trying to figure out a spot. Not only is this a wastage of your time, but it also increases traffic around — wasting everyone else’s time. Though this may seem like a minor inconvenience but multiply that by millions of people across hundreds of cities and it amounts to a significant waste of net resources and lost revenue opportunities.

The grand vision of smart cities is one that is of complete inter connectivity — one that can also provide city planners, engineers and governing bodies with a wealth of data that can be used to promote safety, health along with economic growth.

Policy planning in deep tech needs to be aimed at creating a thriving ecosystem that supports research, innovation as well as commercialization of applications. The public sector, with its various schemes, needs to further identify areas where the specific application of AI and ML can be used to increase reach, effectiveness, and efficiency, which could help in channelling the existing innovation towards maximum revenue generation while delivering value to the citizens.

The true leveraging of deep tech at the end of the day, needs to follow the needs of businesses and individuals, rather than it being the other way around. In order to make sure that innovation and pursuits are directed towards effective revenue generation, whilst not clashing with human interests – collaborative efforts and constant dialogue need to be encouraged amongst the pillars of deep tech-based research i.e. academia, public sector and private sector.

Recognising the huge potential that it holds for emerging economies like India, constant skilling, reskilling, capacity building, standardisation and interoperability all within a robust regulatory framework with industry-government collaboration is where the key to cities augmenting revenue truly lies.

— The author is the Co-Founder & Director, Transerve Technologies Pvt Ltd.

Posted by: DQI Bureau
View more posts
Tags:Deep Tech
DeepTech for cities: How can they ride AI/ML wave to augment revenue? 0 out of 5 based on 0 ratings. 0 user reviews.
Rise in sophisticated attacks, attacks on critical infrastructure in 2019: Subex
Cryptocurrency search growing fast across India: SEMrush