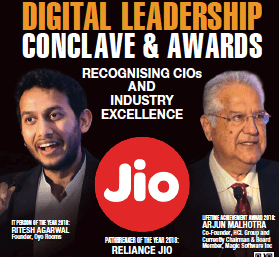 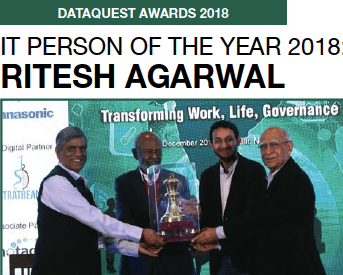 When Ritesh Agarwal founded Oyo Rooms in 2013, little did he realize that in time his initiative would usher in disruptive changes in the services industry like hospitality. What started with one city and one hotel in Gurugram in 2013 has now grown to 100,000 rooms in 350 cities, as opposed to Marriott’s 23,000 and Taj Hotel’s 17,000.

Oyo epitomizes the power of the ‘application economy’ and how a completely new market opportunity can be created with hard work and a right kind of service. And success just follows. For instance, Oyo has been very quickly able to build up over 10,000 asset partners spread across five countries, including India, China, Malaysia, Nepal and the UK, mid-East and South Asia. For this man, the focus has been on standardizing the hotels in the non-branded hospitality sector. That has been Ritesh’s USP and his winning formula.

Under Ritesh’s leadership and vision, the company has now ventured into co-living rental places, which gives them much higher control of the property including maintenance and professional upkeep. With this, he aims to help residents save on brokerage, lock-in periods, and the hassle of the searching house helps and support services involved while moving to a new residence. It has already boarded over 35 properties with 2,000 beds and plans to scale it up to about 50,000 beds in the next one year across the top-10 metros.

In 2018, the company raised $800 million from Japanese tech fund, Softbank, for a valuation of $5 billion. The company also received an additional commitment of $200 million, taking the total funding to $1 billion.

To achieve all this, the dependence on technology has been significant. His company currently employs 700 techies to drive most of the innovations, which are mostly IT based. By 2020 he plans to hire over 2000 tech professionals and invest in technologies like artificial intelligence, machine learning, and IoT. 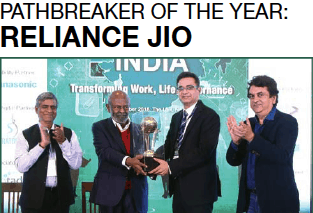 Reliance Jio is a Pathbreaker in every sense. It has completely altered the Indian Telecom landscape and has really made the customer as the thing and kickstarted a ‘data for the masses’ revolution. Clearly, the company has empowered the citizens and rapidly scaled up the dream of creating a Digital India.

The revolution this company has created can be attributed to its sheer determination and grit in setting up the world’s largest all IP VoLTE network, in perhaps the shortest possible time, surpasses even their earlier feat in early 2000 when they built the CDMA network, taking the country by storm with its powerful slogan “Karlo Duniya Mutthi Mein”, putting mobile communications in the hands of the common man.

Within less than 1.5 years of the launch, the company has enrolled a staggering 430 million plus customers on the network, made India the World’s No. 1 in mobile data consumption. They set up the largest all IP and VoLTE enabled 4G network in the world.

Moreover the company ’s high focus on Open Source, a cloud-centric digital platform that developers, partners and customers alike helped in delivering value in terms of innovative & affordable infrastructure and services across wireless, wireline, content and at-home services. They now lead Operator-Centric Open Source initiative (ONAP) along with AT&T, and China Mobile. They worked closely with chipset manufacturers and OEMs for delivery of India Centric LTE and VoLTE devices supporting spectrum bands in India for economical and rich experience devices.

It’s interesting as well as path-breaking that the Rjio network has evolved as a programmable and elastic platform to meet needs and expectations of industry, enterprises, and consumers. The company has clearly driven one of the largest transformational digital initiatives globally with a total investment of Rs 250,000 crore so far. By 2018 end, Rjio is likely to cover 90% of India’s population transforming India from a high price data market to one with the lowest data rates anywhere in the world. The company has truly played a pathbreaking role in satiating a young nation’s aspiration, and reaching out to the geographically deprived regions of our country and captured the imagination of an entire generation of Indians. 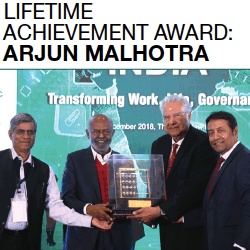 Chairman and board member Arjun Malhotra of Magic Software Inc. was presented with the ‘Lifetime Achievement Award’ at the Dataquest Digital Leadership Conclave 2018 for his stellar contribution to the IT industry, which he has seen from its infancy to what it is today.

Arjun Malhotra is considered as a pioneer of the Indian Information technology industry and has over 42 years of experience in the Technology and IT space with both private and public companies. He started his career as a Senior Management Trainee at DCM and was a key member of DCM Data Products that pioneered the digital electronics business. He played a key role in founding Hindustan Computers Ltd (HCL), now known as the HCL Group from a six-person “garage start-up operation” in 1975; and was Vice Chairman of the group for 23 years.

Arjun oversaw HCL’s operations and new initiatives. He went on to launch successful divisions in the sectors of computer-aided design, reprographics, finance, and telecommunications. He took over HCL’s US operation in 1989. In 1992, he ran the HCL-HP joint venture in India. He also consolidated and grew the HCL Australasia operations in Hong Kong, Australia, and New Zealand. He also headed its operations in America and the Asia Pacific.

An entrepreneur by heart, Arjun also founded TechSpan and served as CEO of US-based firm Headstrong after the two companies merged. In 1996, he set up and ran the joint venture with Deluxe Corporation. He founded the Prof. G.S. Sanyal School of Telecommunications at IIT Kharagpur through a personal endowment of Rs. 30 million. Along with Bill Gates and HCL co-founder Shiv Nadar, he served as a mentor with the Antara Foundation, an Indian non-governmental organization that dedicated to creating a better public health system backed by policy and funding. He also serves as an advisor at MYRA School of Business. Malhotra is currently the Chairman of the investment firm SolMark, software solutions firm Magic Software Inc, Chairman, Pyramid Cyber Security America Inc and Director Mapmygenome- The Indian Genomics Company.

Arjun spirit of entrepreneurship, that played a big role in shaping, perhaps, the most number of tech entrepreneurs who went on to start their own ventures in hardware, software, and services; and thereby contributed to building the Indian IT industry. He has been a father figure for the entire tech startup community in India through the various initiatives and that also shows his commitment to giving back to society. His current roles in various initiatives will continue to help in building the tech ecosystem, not just in India but globally.

Arjun is considered to be one of the pioneers and has helped build the Indian IT Industry by his techno-entrepreneurial zeal. Arjun is known to have played a pivotal role in founding and growing HCL globally and putting Indian IT industry on the global map.

One response to “Dataquest ICT Awards 2018-IT Person, Pathbreaker and Lifetime Achievement”