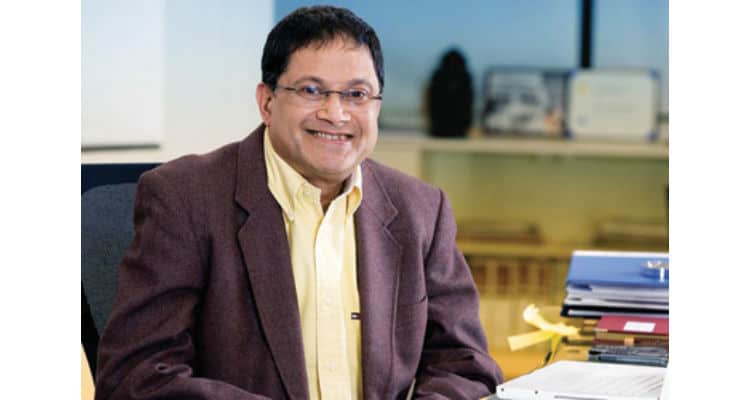 DQ as an idea was phenomenal in 1982. Anyone who is a pioneer takes on itself the moral responsibility to invest to build the Industry.

An alumnus of Harvard Business School and IIT Kharagpur, Bikram Dasgupta is an entrepreneur. An innovator, thinker, and a passionate speaker, Bikram was among the core group of professionals who joined HCL in its infancy and his contributions, as one of the key Market Development Managers, have gone a long way in establishing the market presence that HCL commands today.

A passionate, out-of-the-box thinker, who strongly believes in ‘ordinary people can do extraordinary things…‘ wetted his formative entrepreneurial zeal by helping build Pertech Computers Limited (PCL), in 1984. As the Promoter-Director, he steered the company through the initial difficult years and took a leading role in managing a diverse set of functions ranging from Sales & Marketing to International Business Development and new strategic projects, elevating the company to the position of the #1 PC manufacturer in India.

Dasgupta’s entrepreneurial journey is a story of this change. A story defined by its quintessential highs and lows, of dreams, of daring to think beyond the ordinary and an insatiable appetite for risk-taking.

He is driven by an aspiration to plough back to society and community his life’s experience; to arm a new generation of entrepreneurs and youth with the value systems that go behind creating full-filling life stories through his start-up venture BDG Global Private Limited.

With the fast changing IT landscape Bikram Dasgupta foresaw the need for a business model built around the fundamental concepts of Infrastructure and Institution to service the knowledge economy and in 1997 conceptualized Globsyn Group.

It’s during my truncated stint(metamorphically) in PCL, and going over to Kolkata, to start new innings again from scratch, and re-build and re-create Globsyn Group, I also left DQ.

Between 1985-95 period, I could not imagine living without DQ. It was not only the nerve centre for the IT Industry but for all of us.

Both as Director-PCL and also as “Bikram Dasgupta”. We all spent a lot of time together with a single point agenda, to build the IT Industry in India.

With the Government, in the shape of Department of Electronics, as called those days, adding the necessary impetus, in the form of

N Vittal, Secretary, DOE, as the Leader, the Media, Government, and the Industry got together to build the IT Industry.We needed all 3 of them to come together, and they did. DQ from the Media played the Central Pivotal role, with a few other players, as well.

I remember the huge high when we all got debating, how do we get to 1 million PCs, and what needs to be done.There were animated discussions anchored by Shyam Malhotra of DQ, and then the discussions came out in the next issue of DQ, and then quoting today’s terminology, went viral.

The start of the Software revolution around 1994-95, could not have happened, without the active support of the Government, as in, DOE and the Industry Leaders, HCL, WIPRO, PCL, etc and the Media. I remember how we all debated, fought, to get the import tariffs lower and lower every year, till we got the SOFTWARE PRODUCT tariffs to zero percent duty, and it was a momentous day for all of us. DQ, was the front-runner in all these discussions, deliberations, etc.

We all knew the heart of the heart of heart, that we all are changing the way, India will work, talk, share, create, tomorrow, and DQ was taking those thoughts of ours to every IT guys doors.

It was an exciting period.

DQ as an idea was phenomenal in 1982.Anyone who is a pioneer takes on itself the moral responsibility to invest to build the Industry. DQ and PG did exactly that.

Here is wishing many many more years of happiness to DQ. And to PG, my dear friend, keep pushing.Pioneers are not built in every home.

God Bless everyone connected with DQ.