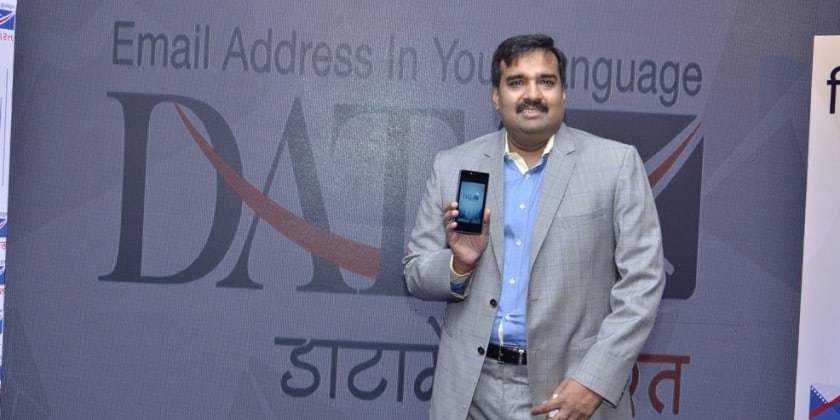 The remarkable DataMail app which was designed under the ‘Make in India’ initiative and to promote digitization has innovated to bring in a new feature. DataMail which was innovated by one of the awarded Tech Innovator, Dr. Ajay Data, Founder and CEO of Data XGen Technologies Pvt Ltd, announced the launch of a unique product under the linguistic email services as ‘DATA RADIO’.

DataMail.Bharat is an email address service, which was launched about three months ago in India including 8 Indian languages and has now launched yet another feature called Data Radio. Data Radio is an innovative feature which is designed to flash one-way information to the audience.

Dr. Ajay Data, Founder and CEO of Data XGen Technologies Pvt. Ltd. says, “DataMail’s Data Radio feature is available free of cost, where users can start their own ‘Data Radio Channels’ to amplify information in text or voice to their fans / followers or select group. Users can involve millions of members per Data Radio channel. This feature in the DataMail mobile app is based on a notification model and has an advanced function of ‘By Choice’ which allows interested people to be tuned in.”

Dr. Ajay Data also said that while twitter and facebook are available to people to connect with their audience, however it allows the people to troll them, send abusive comments and important messages also gets missed by real audience. In DataMail message is notified to entire tuned audience instantly and even archived in their phone to view / listen in at later stage.

Data Radio feature can be used by Ministries and the allied Departments in the Country, Panchayats, Banks, Education Universie, A’Lister personalities etc. to amplify their messages amongst their peer groups. Since Data Radio is a one way messaging feature it is designed to keep controls on revealing identities of neither the sender nor the receiver keeping them safe and secure from the malice of ‘TROLLS’.

As DataMail is also popularly used by BSNL’s customers, the added feature DataRadio will also be available to 89.54 mn customers of BSNL.