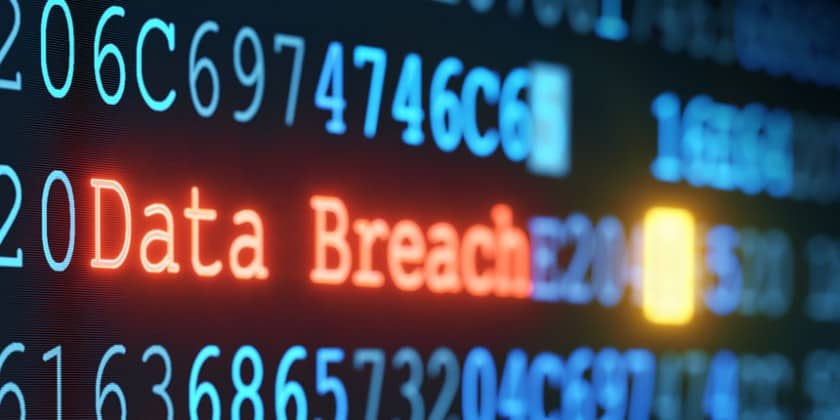 Gemalto, the world leader in digital security, today released the latest findings of the Breach Level Index, a global database of public data breaches, revealing 944 data breaches led to 3.2 billion data records being compromised worldwide in the first half of 2018. Compared to the same period in 2017, the number of lost, stolen or compromised records increased by a staggering 72 percent, though the total number of breaches slightly decreased over the same period, signaling an increase in the severity of each incident.

A total of six social media breaches, including the Cambridge Analytica-Facebook incident, accounted for over 56percent of total records compromised. Of the 944 data breaches, 189 (20 percent of all breaches) had an unknown or unaccounted number of compromised data records.

The Breach Level Index is a global database that tracks data breaches and measures their severity based on multiple dimensions, including the number of records compromised, the type of data, the source of the breach, how the data was used, and whether or not the data was encrypted. By assigning a severity score to each breach, the Breach Level Index provides a comparative list of breaches, distinguishing data breaches that are not serious versus those that are truly impactful.

“Obviously, this year social media has been the top industry and threat vector for the compromise of personal data, a trend we can expect to continue with more and more sectors leveraging these platforms to reach key audiences, especially political teams gearing up for major elections,” said Jason Hart, vice president and chief technology officer for data protection at Gemalto. “We also expect to see more data breaches reported by European Union countries bound by the new General Data Protection Regulation and in Australia with the new Notifiable Data Breaches law. We should be careful not to misconstrue this as an increase in overall incidents in these areas but rather as a more accurate reflection of what is actually going on.”

Malicious insiders caused the largest percentage of data breaches and accounted for almost 80 percent above of all stolen, compromised or lost records in 2018 while malicious outsiders accounted for 20 percent in India.

Industries Most Affected by Data Breaches

Most sectors saw decrease in the number of incidents compared to first half of 2017 including education, financial services and government.

North America still makes up the majority of all breaches and the number of compromised records, 59 and 97 percent respectively. The United States is still by far and away the most popular target for attacks, representing more than 57 percent of global breaches and accounting for 97 percent of all records stolen, though overall incidents are down 17 percent over the prior half. India accounts for less than one per cent of the global breaches in terms of records compromised or stolen or revealed.

With the implementation of the Notifiable Data Breaches law, the number of incidents in Australia increased dramatically from 18 to 308 as could be expected.

Europe saw 36 percent fewer incidents but a 28 percent increase in the number of records breached indicating growing severity of attacks. The United Kingdom remains the most breached country in the region. With the General Data Protection Regulation in full effect for the second half of 2018, the number of reported incidents could begin to rise.

(Gemalto profusely regrets on its Breach Level Index Report 2018 and the subsequent press release issued in India on 15th October where it has by mistake taken into account an unverified news article about alleged Aadhaar data breach. Gemalto has updated its Breach Level Index Report 2018 and wants to make it clear that it was an error in the above said report which has been corrected and all concerned should take note of it that we have not been able to track any verified or substantiated data breach of Aadhaar database of UIDAI. As a result, Gemalto has withdrawn this alleged data from the Breach Level Index. Any inconvenience caused to UIDAI is deeply regretted)

Posted by: DQINDIA Online
View more posts
Data Breaches Compromised 3.3 Billion Records in First Half of 2018 0 out of 5 based on 0 ratings. 0 user reviews.
Cloudera Unveils Vision for Industrialization of AI at Gartner Symposium ITxpo
Steps for Starting an E-Commerce Business

Will ChatGPT Kill Google? Here’s What the AI Chatbot Says

ChatGPT has completely won the internet, and has now become a force to reckon with.…

Data privacy day: Proliferation of data in insurance industry and how companies play an active role in shaping customer health

In today’s society, digital technologies have become integrated into nearly every aspect of our lives.…

Shark Tank India judges are being discussed on social media for various reasons, and being…