On Sunday afternoon, two low intensity bombs were dropped via drone on the Indian Air Force base station in Jammu. The IAF twitter handle stated, “One caused a minor damage to the roof of a building while the other exploded in an open area. There was no damage to any equipment and the investigation is in progress.” The first of its kind attack has brought a new turn in the use of technology in warfare. In light of such an attack, DQ Deeptech talks with Advocate Prashant Mali, Cybersecurity Policy expert and has his PhD in Cyberwarfare on the standard operating procedures to be deployed immediately and the future of warfare with such attacks gaining ground.

What standard operating procedures should be taken immediately?

1.  Every District HQ of Police should have details of Drone owners, suppliers and repairers in the district. The same should be registered by a due process of law.
2. Like the types of guns permitted under license , drones should be categorised as per flying and load carrying abilities .
3.  Private Drones in disputed zones and certain kilometres around the border area either to be banned or it’s movement should be only with prior permission inspite of being registered.
4. Central Drone database for drones available in the country to be created.

What is the future of warfare with such drone attacks?

Weaponised drone manufacturers are using AI, Stealth materials, and state of art communication channels to make them more silent, invisible, and lethal. India lacks implementable effective counter-measure against these quadcopters even though we have national drone policy. 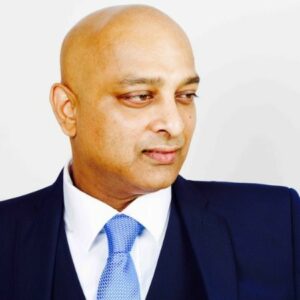 In future civilians can be eliminated via drone based contract killing . Drones can be used as an antenna or mediator device to facilitate communication between a group without LEA tracing it.

How can India be better prepared?

India needs to have crowd sourcing of intelligence about drone movements in the area. We need to sensitise civilians to report drone movements on some website or phone. India needs some drone killer equipment in very 718 districts and it needs it today.

Drone policy audit and updation from the view of security incidents is required . All ecommerce, importers etc should be audited for policy violations and penalise for greater sensitivity. Policy without implementation is just a government paper of whims.