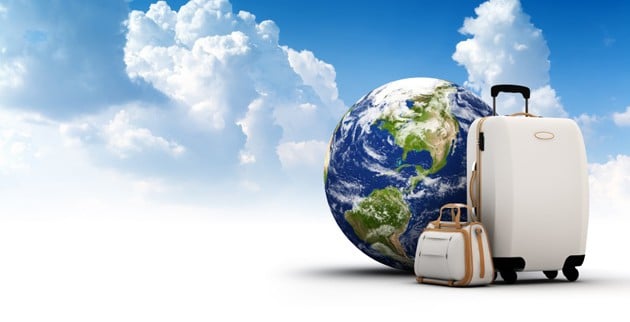 The company is well connected through its Multiprotocol Label Switching, Virtual Private Network  across all its global locations with redundant last mile circuits and Customer Premises Equipment. The IT department at Cox and Kings needed to improve performance of their legacy business applications and improve end-user experience.

Cox and Kings wanted to improve performance of their legacy business application, improve end user experience, WAN optimization and acceleration, and most importantly protect its investments in an MPLS VPN.

The IT department at Cox and Kings identified the existing infrastructure problems and initially considered solutions from Citrix and Riverbed, using the Gartner Magic Quadrant for WAN Optimization Controllers as an initial reference followed by an in-depth proof-of-concept deployment on Cox and Kings premises.

The company benchmarked performance using its MAPI, HTTP, Microsoft SQL server, CIFS and FTP services. After conducting the proof of concept over four weeks, the company finally zeroed in on Riverbed Steelhead fulfilled most of the parameters set by Cox & Kings.

“Implementation was in a parallel fashion across all domestic office locations over a four-week timeline. International offices were completed in a phased manner with roll out timelines of enterprise applications like SAP being the key driver for enablement,” explains Ravindra Pawar, Head-Enterprise Networks, Cox and Kings.

The Riverbed solutions have delivered numerous benefits such as increased bandwidth capacity by about 7.5 times, easy access to business applications and enhanced user productivity. The company is now keen to explore Riverbed Performance Management solutions to improve visibility into its IT infrastructure.

“Users can now easily access these business applications as they are responding faster than before. This has enhanced users’ productivity and boosted the company’s business growth.” Ravindra Pawar, Head-Enterprise Networks, Cox and Kings.

With Riverbed, the company has reduced total data traveling over the network by about 89% within a month, with peaks at 98%. Riverbed SteelHead accomplishes this order-of-magnitude improvement with a set of innovations that are unique in the market and explain why SteelHead has been the #1 WAN Optimization solution for ten years in delivering applications and data at the fastest speeds across the optimal networks at the lowest cost.

These innovations include data de-duplication (transfer of redundant data across the WAN is now eliminated), data compression (relies on data patterns that can be represented more efficiently), latency optimization (clients’ requests are